Investing in Real Estate in Vietnam – Is This a Solid Opportunity in 2020? 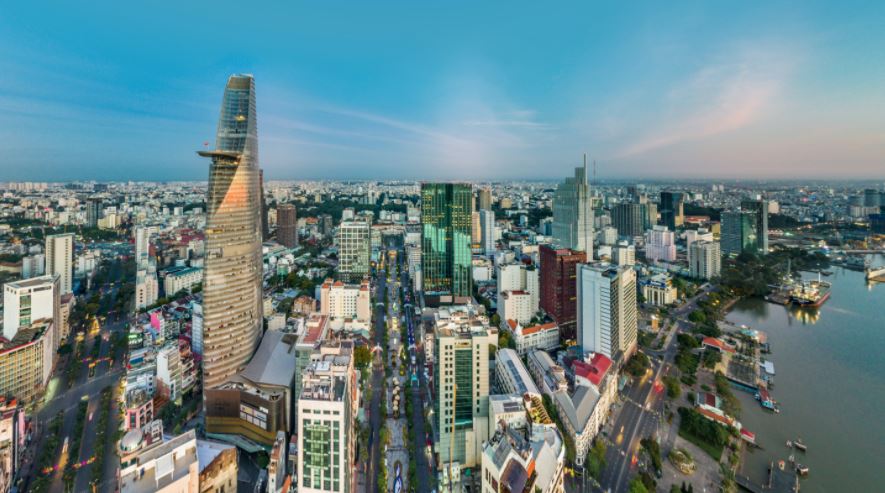 While the coronavirus pandemic may have decimated the international travel sector, it appears to have done little to dampen the enthusiasm of those who want to invest in overseas properties.

This is particularly true in nations such as Vietnam, where high-end apartments in the luxury city of Ho Chi Minh reached a new average price high of $5,320 per sq.m during Q3 of 2019. This represents a percentage increase of 64.9% year-on-year, highlighting a growth market that offers immense potential in the medium-term.

In this post, we’ll look at this market in closer detail, before asking whether this represents a solid growth opportunity in 2020?

To What Extent is the Market Booming?

While the exponential growth recorded in 2019 may have slowed slightly against the backdrop of the coronavirus pandemic, the property market in Vietnam remains fundamentally strong. More specifically, the absorption rate has increased incrementally throughout the year, from just 14% in Q1 and 37% in Q2 to a relatively impressive 50% by the end of the third quarter.

In the same Ho Chi Minh City, luxury apartment prices surged by a further 27.5% during quarter two of this year (23.6% when adjusted for inflation).

From a quarter-on-quarter perspective, apartment prices in the city also increased by an impressive 5.3% during this period, while this trend is also prevalent in other cities within the boundaries of Vietnam.

Take Hanoi, for example, where property prices are also continuously rising (albeit at a considerably slower pace). Here, the average price of apartments in the capital rose by 4.9% year-on-year during Q2, with the quarterly hike estimated at 1.3% within the same period (adjusted to 2.2% on the basis of inflation).

This highlights that the developing economy of Vietnam is now widely considered to be the next luxury property market hotspot, with this trend unlikely to abate anytime soon.

The trend here is clear; as each quarter has seen the market record a definitive rebound and mark a significant increase in investment activity (particularly from overseas). Similarly, a further hike is a forecast for the fourth quarter, in line with rising demand and existing seasonal trends that impact on activity in the Vietnamese marketplace.

In this respect, Vietnam property represents a genuine safe-haven asset in the current climate, particularly at the lower end of the real estate spectrum.

Certainly, apartments with selling prices of between 25 and 35 VND per square metre experienced a particularly significant increase in transaction volumes throughout the year, whereas those with a value of 50 million VND or more were less widely sought after.

Why is the Market Booming so Markedly?

Of course, Vietnam is home to an increasingly lucrative and fast-growing economy and one that has regularly grown at a rate of between 6% and 7% in recent times. Incredibly, it’s one of the few economies that’s still projected to experience growth in 2020, and this has only served to pique the demand for Vietnamese assets and property holdings from overseas.

Vietnam is known for delivering some of the best returns in the Southeast Asia region, often peaking at between 6% and 8%. In some cases, this can rise as high as 12%, particular for costly developments involving condo-hotels and villas.

While this may have accelerated growth and rising demand in the property market, however, the foundations for this trend were actually laid some years ago.

Back in 2015, the laws were changed to make it easier for foreigners to buy and profit from Vietnam’s real estate market while enabling investors to own more than one condo unit for the purpose of self-dwelling.

More specifically, the new ‘Law of Residential Housing’ (LRH) made it legal to buy property in Vietnam simply with a tourist visa, while investors can procure as many pieces of real estate as they like (so long as the number of units in any building are 70% owned by Vietnamese citizens).

When you also consider Vietnam’s favourable demographics and the huge range of infrastructure projects that are planned for major cities such as Ho Chi Minh City, it’s clear that this region will offer medium and long-term growth for real estate investors across the board.