The Gentrification of Peckham – Good or Bad?

There was a time when the mere mention of the word Peckham conjured up depressing images of young hoodlums in Nike tracksuits standing around, widespread stabbings on every street corner and a cold feeling of general panic. Minus the illusory world of the popular Peckham based comedy series Only Fools and Horses, Peckham is, or was,historically known for being full of gangs and violence yet it is slowly becoming more sophisticated and dare I say, more suave. No longer do people associate it with turf wars and drugs, they now see it in a rather positive light.

Peckham is changing. More and more middle-class types that once might have shied away from it are now tunnelling in, and this is partly due to low cost housing and the increasingly popular art scene.  As stated by Mousset (dazeddigital,2012), Peckham still has spaces that are cheap, able to be borrowed and transformed. The area is also near to two very goodLondon art schools Camberwell and Goldsmiths. 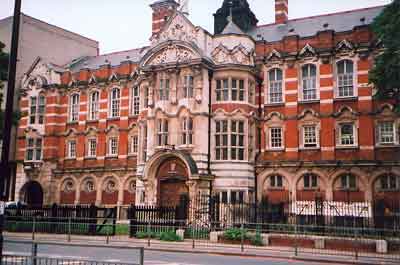 Peckham is without doubt one of the trendiest places to live right now. Its chock-full of brilliant architecture and many still bill its Library as one of the greatest in London.Peckham Space; a relatively new public gallery, that hosts a myriad of other cool artistic quirks, is now becoming the no1 hub for enthusiastic young writers, artists, actors and directors to learn more about their craft and grow as people.

But its not all positive.

According to an ITV news report(2014), Currently there are plans for a multi-million pound redevelopment project around Peckham Rye Station.But locals are worried the regeneration could have a huge impact on the creative communities who live there. This is definitely a valid point that should not be overlooked. The creative endeavours of many talented individuals there is what makes the place so vibrant and dynamic. Take away the creativity and the area is no longer amazing.

I believe its inevitable that Peckham will continue to morph into a much more multicultural and diverse district. The chains that once tied it to a world of  grittiness seem to be dissolving with every passing second thus becoming the ideal spot for the middle class man or any class of man, woman or child for that matter. However, one can only hope that such gentrification does not inadvertently destroy the carefully cultivated community of Peckham that has existed for decades, as the consequences will surely be devastating for the locals.