The spotlight on leasehold property and lease extensions in London 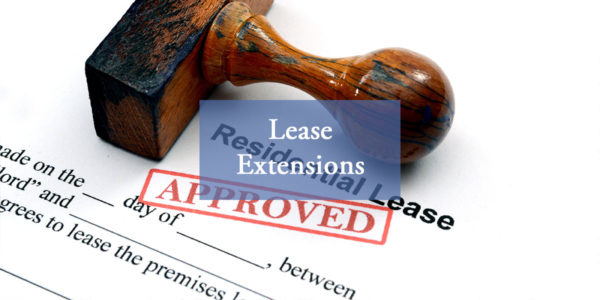 With space in London at a premium and a continuing rise in apartment-style accommodation, it’s no surprise to learn that the capital tops the list of UK places with the highest proportion of leasehold properties. According to Government figures released last year, in 2015-16 there were an estimated 4.2 million leasehold dwellings in England, compared with a previous estimate of 1.2 million in 2014-15.

Nearly one in five of all properties in England is leasehold. While some areas of the country have an average of 15 percent leasehold properties in their area, this figure rises sharply for London, to 53 percent.

One of the drawbacks of owning a leasehold property is that its value will diminish over time. Leaseholders are also at the mercy of landlords when it comes to ground rent and service charges. As a result, there is increasing pressure on the government to address unfair and abusive leasehold practices.

The process of lease extension

Thanks to the Leasehold Reform Housing and Urban Development Act 1993 and the Commonhold and Leasehold Reform Act 2002, leaseholders (subject to a few qualifying conditions) have the right to extend their lease by a further 90 years. The right to extend is an absolute right of the leaseholder. This is achieved through negotiation between the two parties (leaseholder and landlord). In the case of a dispute, individual cases can be referred to the Leasehold Valuation Tribunal.

To qualify for the opportunity to extend your lease, your lease must have been over 21 years when it was originally granted. You must also have been the registered owner of the flat or apartment for 2 years. If your freeholder is the Crown, National Trust, or part of a building within a cathedral precinct, your property may be excluded from the right to extend the lease.

The cost of lease extension

The landlord is entitled to a premium for the lease extension. This is based on a formula set out in the relevant government Act. While there can be a significant cost involved in extending your lease, it can add thousands to your property’s value.

The recent case, Mundy v the Sloane Stanley Estate, proved a landmark leasehold case landing in favour of the leading London freeholder (Sloane Stanley Estates). Campaigners failed in the long-running, legal battle to slash leasehold costs after the court of Appeal ruled in favour of the freeholder. Campaigners had hoped that the cost of extending a lease or buying a freehold would be halved. The case revolved around the method of lease valuation used more than 20 years ago, with a claim that it was invalid.

The future of leaseholds and lease extensions

The ruling on the Mundy case isn’t the end of the saga on lease extensions and leasehold reform. The Government is continuing to look at the issue and it is expected that legislation will come into play in 2019 on the way leaseholds are calculated. In his closing statement on the Mundy v Sloane Stanley Estate case, Lord Justice Peter Jackson stated, “the Law Commission is to consider the simplification of valuations under the Act. It may be, therefore, that the holy grail will one day be found.”

At the end of last year, Sajit Javid, Communities Secretary, promised to liberate leaseholders from feudal practices, making lease extensions easier, cheaper and faster to achieve. The government will also press ahead with a ban on leaseholds on new-build houses, which was announced back in July last year. Javid also said the government will be forcing developers to cut controversial ground rents to zero for all new leasehold apartments or flats.

Measures expected to be introduced to fix the broken housing market and protect leaseholders include: