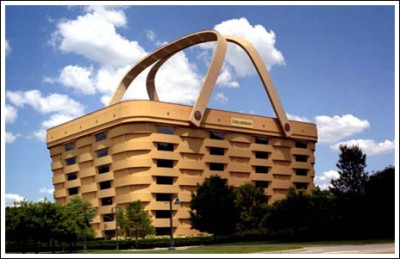 X marks the spot…of this incredible X-shaped house! Created by Cadaval & Sola-Morales architects, this two-story property is built into the side of a Spanish cliff side, providing an incredible view while retaining style and subtlety. The temptation to make more X puns is xtraordinary. There are properties that save room and then there’s this: the OH House in Tokyo, Japan. Built by Atelier Tekuto Co. Ltd, this three-story building is strikingly narrow and rectangular, beginning one and a half meters below the ground. But don’t be deceived by its skinny exterior – inside, the house appears comfortable and spacious, a trick that apparently relies on the human eye’s tendency to measure distances from perpendicular lines. So basically like the Tardis, then.

For many people, planes are simply a means to an end. They’re necessary for travelling long distances in a relatively short space of time. The trade off is the cramped environment, loud noises and generally mediocre food. There are few who can genuinely say they aren’t relieved at the end of a long flight.

With such stressful stigmas attached to flying, you’ve got to wonder who on earth would want take up permanent residence inside a constant aerial reminder…turns out the answer is the owner of this house in Misissippi, USA. The proprietor – a lady named Joanne Usary – bought the plane for two thousand dollars, moved it for four thousand dollars and renovated it for twenty four thousand dollars. It even has one of the original bathrooms!

This one speaks for itself, really.

It’s one thing to consider the bathroom a comforting, private place – it’s another to base your entire house on it! This South Korean home is shaped like – yep – a toilet. Commissioned by South Korean sanitation activist Sim Jae-Duck, it marked the 2007 meeting of the World Toilet Association,  intended to represent the strive for clean, efficient sanitation for all. Pretty incredible.

These are just of the few of the uniquely shaped properties that exist around the globe. Know of any others? Leave a comment and let us know!