Are First Time Buyers Failing To Count The Cost Of Home Ownership? 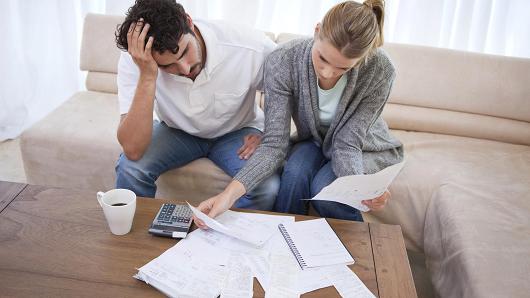 Buying your first home is an exciting and nerve-racking stage in most people’s lives but do first time buyers really appreciate the cost of home ownership?

According to a survey by Pegasus Personal Finance the answer to that question would be ‘no’ because 41% of new homeowners did not account for unexpected fees.

Among the shocks for 25% of first-time buyers were searching fees, CHAPS bank transfer fees and mortgage set-up fees.

The Money Advice Service says that first-time buyers should expect to pay around £1,900 in unforeseen bills.

Process of buying a house more expensive for first-time buyers

However, it’s not just the process of buying a house that’s more expensive for first-time buyers; many also said the higher bills after buying a property came as a surprise to them.

Indeed, 20% said they did not account for having larger utility bills by moving into a larger home.

In addition, many first-time buyers also said they were surprised that their car insurance premium increased as well.

The survey also revealed that many of those buying a property for the first time lacked detailed knowledge of interest rates and how they impact on the cost of a mortgage.

Of those surveyed, 13% said they thought they were on a variable rate mortgage and had not prepared for interest rates rising which they are set to do after a seven-year low rate of 0.5%.

Surprising lack of understanding on the costs of property buying

Pegasus’ director Jonathan Le Roux said: “The study offers an insight and a surprising lack of understanding on the costs of property buying.

“Buyers are working out their budget for a home move but forgetting that there are significant costs involved with solicitor and stamp duty fees, and similar, which can put a last-minute spanner in the works.”

He added: “Our advice is for first-time buyers to research thoroughly and carefully list the associated costs so they have their eyes wide open when they go into home ownership. This may be tedious but it’s essential for everything to go smoothly.”

The firm’s survey also reveals that first-time buyers not only underestimate their bills for moving into a property, they also fail to account for unexpected repairs and renovations, such as tackling damp or installing a new boiler.