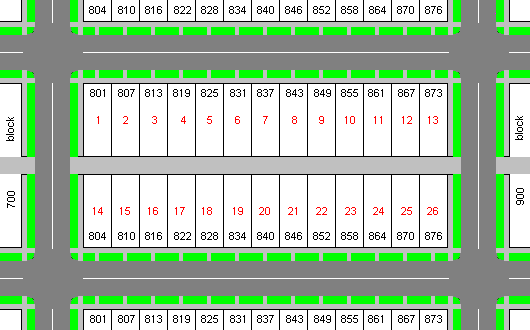 A city block, urban block or simply block is a central element of urban planning and urban design. A city block is the smallest area that is surrounded by streets. City blocks are the space for buildings within the street pattern of a city, and form the basic unit of a city’s urban fabric. City blocks may be subdivided into any number of smaller land lots usually in private ownership, though in some cases, it may be other forms of tenure.