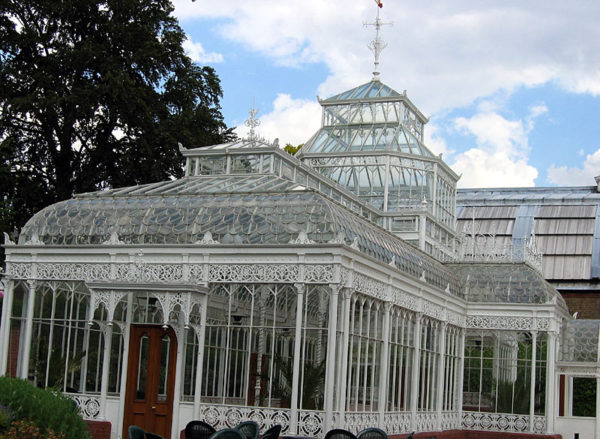 A conservatory is a room having glass roof and walls, typically attached to a house on only one side, used as a greenhouse or a sunroom. Conservatories originated in the 16th century when wealthy landowners sought to cultivate citrus fruits such as lemons and oranges that began to appear on their dinner tables brought by traders from warmer regions of the Mediterranean.