How To Avoid the Arachnid Invasion 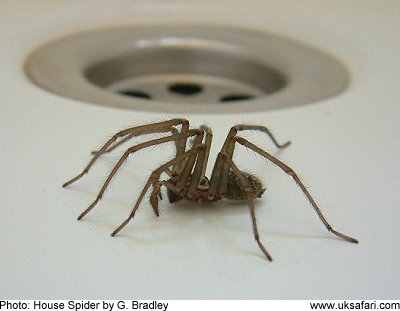 Spiders are like vampires: once they’ve been invited in, it’s very difficult to get rid of them. And with house spiders getting increasingly large you must act NOW to make sure you don’t let these fiendish arachnids take over your property. Or you could have a monster of Dracula proportions on your hands.

So how do you avoid inviting them into your home? Here are my top tips.

Avoid Draping a Towel Over Your Bath

Whilst a towel on your bath sounds like just harmless untidiness it’s actually a gateway for an eight-legged freak to escape the watery underworld and climb up into your lovely home. A slippery bath is perfect for preventing the scuttling fly-eater climbing up but the rough texture of a towel is just the opposite – it will climb up in seconds. And in bathrooms no one can hear you scream…

Never Leave Food on The Floor

Food on the floor attracts flies. Flies attract spiders. Food also attracts spiders. DON’T LEAVE FOOD ON THE FLOOR! Not only will it attract them, it will feed them. It will make them EVEN BIGGER. As if they aren’t already big enough…

Do Not Leave Windows Open

Due to summers becoming increasingly warm, spiders have had more chance to find and eat prey. As a result they have become LARGER. To make matters worse, this warmer temperature makes us want to open our windows for some cool air. But in doing so we may be inadvertently inviting in unwanted guests. KEEP YOUR WINDOWS CLOSED.

Even if you keep your home bolted up like Fort Knox, can you detect any draughts? If so, investigate the source of this draught and once you find the hole or crack (or whatever it is) block it off quickly – before something gets in. The only problem of course is if SOMETHING HAS ALREADY GOT IN…

Avoid befriending outdoor types. Actually swerve anybody with a garden. These hippies are more exposed to spiders than you. Take a green-fingered gardener for example: there is a big chance they have accidentally walked through a web whilst watering the plants and they have probably acquired a spider in their hair or beard without even knowing it. If you invite them for dinner, INSIST they have a shower at home first. Otherwise they could be obliviously transporting your enemy from their home into yours.

Saying the immortal words (above) is like saying candyman five times into the mirror. Similar to that horror tale, you will soon find yourself visited by an unwanted menace. Also like Candyman, this unexpected guest WON’T BE SMALL.

Never. Ever. Kill One.

Despite being solitary creatures, spiders don’t like it when you kill their brethren. If you step on one or get the old vacuum out, you will soon find another one arriving in its place. Bigger and badder. Like an evil ObiWan Kenobi. Or Candyman. Or indeed Dracula. In fact, like any evil monster that terrifies you to your very soul: KILLING THEM ONLY MAKES THEM STRONGER.