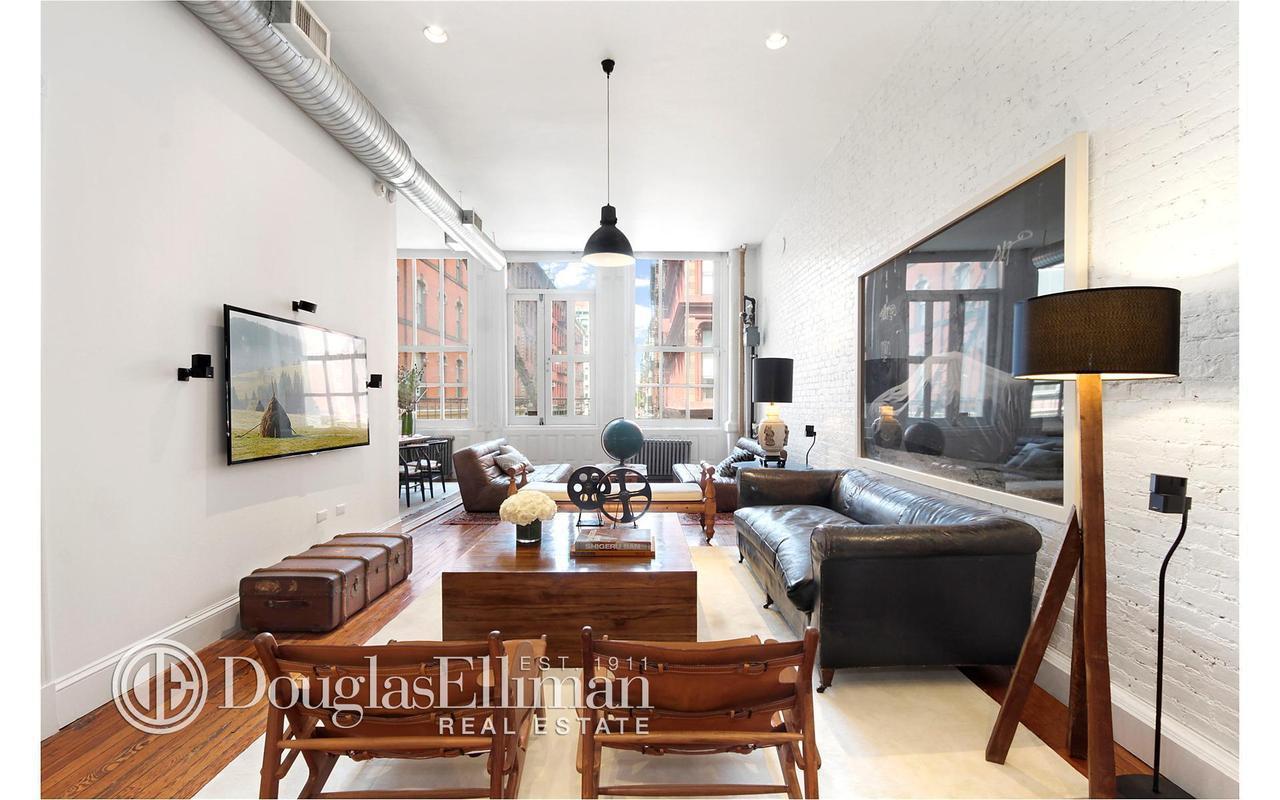 Jonah Hill is well-known for his appearances on Wolf of Wall Street, 21 Jump Street and 27 Howard Street, though the latter may not be true for very long. With his aforementioned movie appearances giving him greater success and award nominations, Hill is now apparently seeking a bigger apartment and is putting his residence in New York’s SoHo neighbourhood up for sale; worth $3.79 million.

Hill bought the home in 2012, and paid $2.65 million for it, though it was being sold for $2.49 million. The apartment is gigantic, measuring 2000 square feet and utterly usurping the second floor of the building it occupies. When Hill bought the apartment, it originally had two bedrooms, but in its present state, actually boasts a single, yet substantially large bedroom. It also includes a great view of the city, thanks to the giant windows, ceilings over 13 feet high, and an industrial style, with its exposed air ducts, wooden floor and exposed brick-work, painted white. It also boasts two marble bathrooms, a study, and a gourmet kitchen.

The apartment is located in a cast-iron building that dates all the way back to 1915 but still has its original facade. Jonah bought the loft through a trust given by his father, Richard Feldstein (Feldstein is a notable celebrity money manager, whose clients include Dr. Dre and Maroon 5).

With his recent blockbusters under his belt, Hill now boats a net worth of $30 million (though he did receive a rather small payment of $60,000 for his role in Wolf of Wall Street). If Hill does manage to sell the loft, he will receive around $1.1 million in profit.