George Clarke is single and looking for love! The mere mention of those exact words, in that exact order, is enough to merit a wave of butterflies and school-girl crushes from housewives across the nation. George Clarke somehow manages to pull off that rarely found combination of perfectly embodying the man the guys want to go for a pint with and the women want to fall in love with.

We have all come to know and love Clarke as the eternally cheerful and optimistic architect and interior designer who has been gracing our screens on shows like Restoration Man, Amazing Spaces Shed of the Year and George Clarke’s Amazing Spaces for many years. Clarke’s TV career was initially thrust into action when an agent representing TV talent took Clarke on as a client to manage his new book release. However, Clarke’s instant likeability and confident, bouncy demeanour gave good reason to think that he may be perfectly suited to TV – “like a new, younger, flatter-vowelled Kevin McCloud”.

As if a high-flying television career, dream job as an architect, and beautiful family weren’t enough,  Clarke is also deeply involved with charity work. Clarke has always been vocal about his desire to join the ranks of the ‘Maggie’s Centre’ designers; a group of architects invited to design Cancer treatment centres on disused hospital land. The Maggie’s Centre initiative was set up by architectural theorist Charles Jencks in memory of his wife Maggie, who sadly passed away in 1995 after battling breast cancer. George has been fascinated with the Maggie’s project since the first centre was designed and built in Edinburgh when he was at university.

This fascination continued into the late 1990’s while under the tutelage of his mentor Sir Terry Farrell, who was close friends with Jencks. This culminated with a personal connection to the project, as his brother-in-law, Swiggy Drummond, visited the Charing Cross Maggie’s Centre multiple times during his battle with a terminal brain tumour. Clarke has a deep respect for the project and has compared being invited to design a centre to “winning an Oscar for architects”.

While George is still awaiting his invitation, he has dedicated some time to promoting the charity’s nocturnal ‘Culture Crawl’ – a night-time stroll through the capital taking in some of London‘s most spectacular architectural and cultural gems along the way.

To top off the perfect package that is George Clarke, aside from the good looks, financial stability and instant charm, Clarke also advises the government on housing policy. He has been a vocal critic of successive government’s housing policy, focusing more on market speculation than the impending affordable homes crisis. Clarke strongly believes that the industry is antiquated and out of touch, failing to deliver the sort of innovative and revolutionary housing solutions that we so desperately need. This demonstrates George’s desire to use his fame and notoriety to make a real positive impact in the industry that he loves – an admirable quality by anyone’s standards.

With a highly successful career under his belt and 3 children, who he is now lovingly co-parenting following an amicable split from ex-wife Catriona Clarke last year, George is now single and ready to mingle. So if you’re looking for a handsome, successful, motivated, socially aware family man with buckets of charm, who could also double as your live-in architect/handyman… George Clarke could well be the man for you! 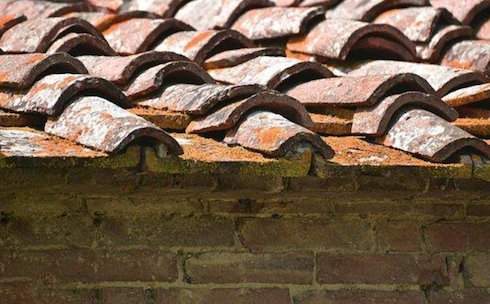 My Roof Leaks. Do I Need To Have It Replaced Completely?
Posted on 04th August, 2021

A leak in your roof can lead to thousands of dollars in damage if you don’t repair it, but one or two minor leaks may

When shifting abroad as a student, you are exposed to an inevitable set of pros and cons. While the new dazzling life co

POSTED BY THS        READ MORE
Classy Living: How To Upgrade Your Exterior And Make It Look Fantastic
Posted on 02nd August, 2021

It’s easy to neglect the outside portion of your property when you first get settled in. After all, the kitchen and ba