The Tale of an Unloved Mansion Overstone Hall in Northamptonshire is an interesting sight, but not in the way it was intended to be. The crumbling walls covered in vines and greenery conjure up images of ghost stories or post-apocalyptic movies; a photographer even described his visit to the site as “surreal and haunting”. 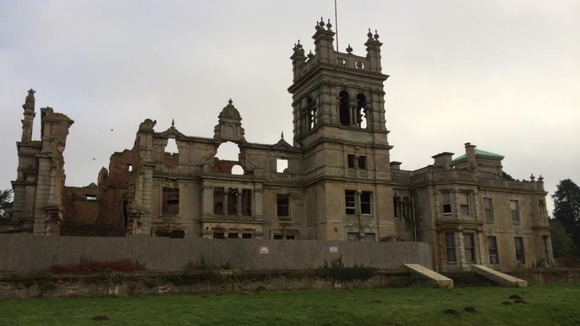 Yes, Overstone Hall looks like a haunted house, and like all haunted houses, it has a sad story behind it. It was commissioned by Lady Overstone to replace the current house in Overstone Park, and it was built by the architect William Milford Teulon. Lady Overstone didn’t live to see the house completed, and her husband Lord Overstone, hated it. He didn’t like the design – a cross between Elizabethan and Renaissance styles – and refused to live in it. He did, however, bequeath it to his daughter when he died in 1883. Overstone’s daughter Harriet Sarah Lloyd, also known as Lady Wantage, only used the house occasionally for winter parties. When Wantage died in 1920, the house was sold to Sir Philip Scott, who wanted to use it as a training base for the Conservative party, but he ended up selling it in 1929, and part of the building became a girls boarding school. It was bought by the New Testament Church of God for over £700,000 and was used by them until a great fire in 2001 destroyed most of the mansion. Though the property at present is still owned by the New Testament Church, it is has now been put on the market. It was put up for purchase in 2010 for £1 million (though the cost to fix it up would be much higher) but failed to find a buyer. There have been some plans made to restore it, and a Facebook group has been set up calling for such a restoration, but it is still searching for an interested buyer.