Dotted right across the world you will find some rather unusual street names. Whether the names have been lost in translation or are a mere coincidence they provide joy to any keen eyed passers-by. Who will of course stop for the obligatory photo in front of the sign to show to all their friends who refuse to believe that they genuinely found a ‘Chitty Street’ or’Donkeys End’. Here are some of our top picks for the funniest and most bizarre street names you will ever find.

Ludford’s Fanny Hands Lane was recently listed as the third rudest street name in the UK, but residents have proclaimed they are ‘proud’ to live on such an unusual street.

Unfortunately for the Americans, they are not aware of the English people sniggering behind their backs. Some poor man has even named his Cafe after this unusual street. ….I have no words 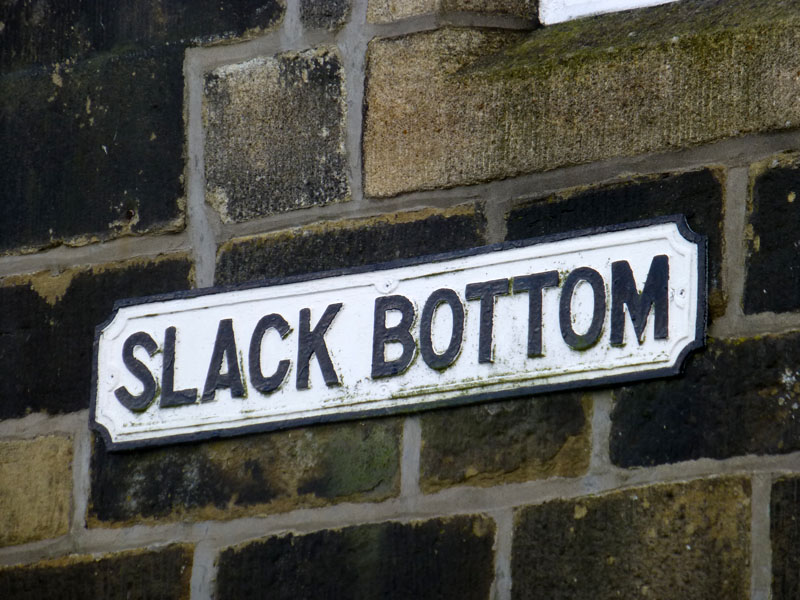 Perhaps this street needs a trip to the gym to firm up its derrière. Slack Bottom, along with Slack Top, form the tiny hamlet of Slack in West Yorkshire.

Found in Sacramento USA, hopefully this street was not named after its most common feature. Surprisingly there is actually another Pig Turd Alley in America located in Oregon.

Located in St Andrews, Scotland, this street is nearby the Northpoint Cafe, where Kate and Wills supposedly met for coffee.

Cockshoot Close is in Stonesfield, Oxfordshire…. Hopefully not too close.

This is clearly where Quagmire from Family Guy should buy a home.

Unfortunately positioned at the intersection with Woodcock Road.

Looking for yourown unusual street to live on? Check out our for sale by owner properties here

Thinking about selling your home? Learn how to save money by selling without an estate agent!