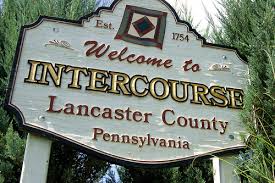 Dotted right across the world you will find some rather unusual place names. Whether the names have been lost in translation or are a mere coincidence, they provide joy to any keen eyed passers-by, who will of course stop for the obligatory photo in front of the sign to show to all their friends who refuse to believe that they genuinely found a village called ‘Fucking’ or a river called ‘Spunk Creek’. Here are some of our top picks for the funniest and most bizarre place names you will ever find. 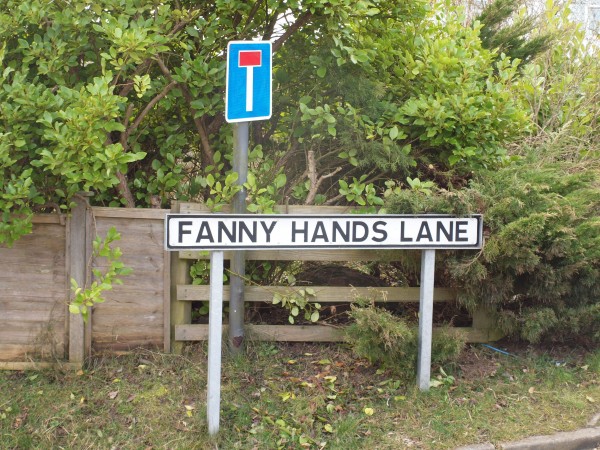 Ludford’s Fanny Hands Lane was recently listed as the third rudest street name in the UK, but residents have proclaimed they are ‘proud’ to live on such an unusual street. 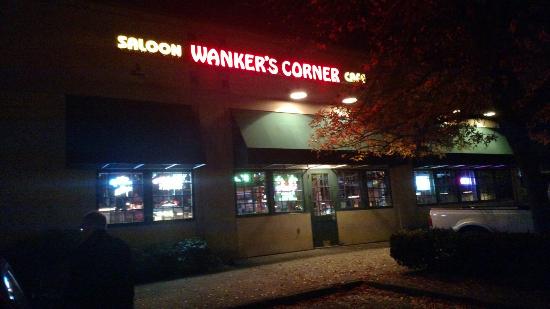 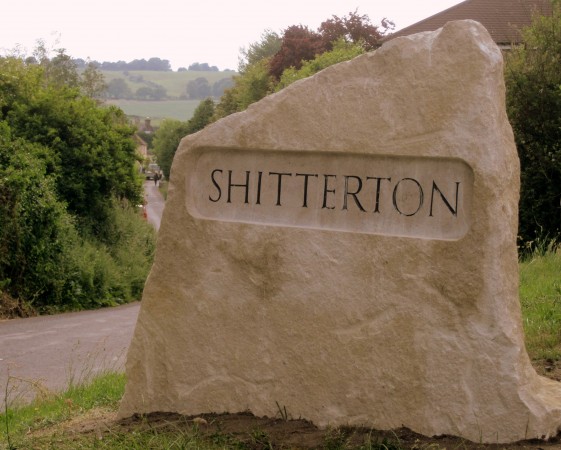 This tiny Hamlet in Dorset dates back at least 1000 years and means farmstead on the stream used as an open sewer. 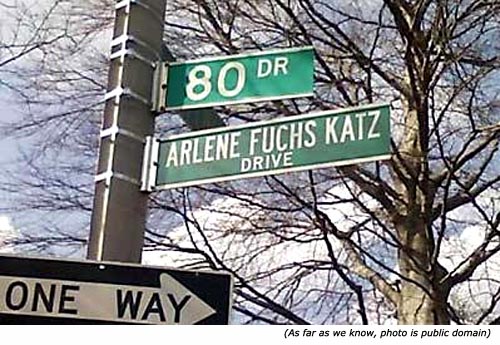 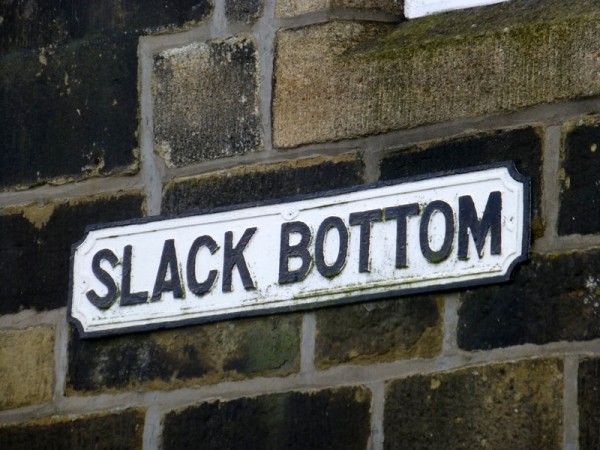 Perhaps this street needs a trip to the gym to firm up its derrière. Slack Bottom, along with Slack Top, form the tiny hamlet of Slack in West Yorkshire. 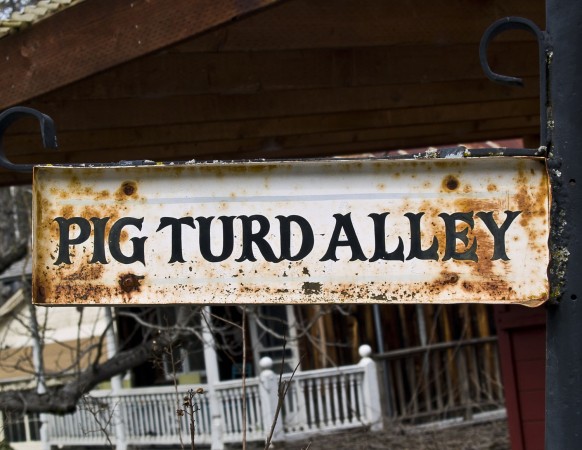 Hopefully this street was not named after its most common feature. Surprisingly there is actually another Pig Turd Alley in America located in Oregon. 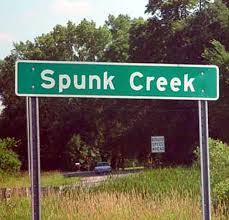 I’m sure that this stream in Minnesota is a very popular date venue. 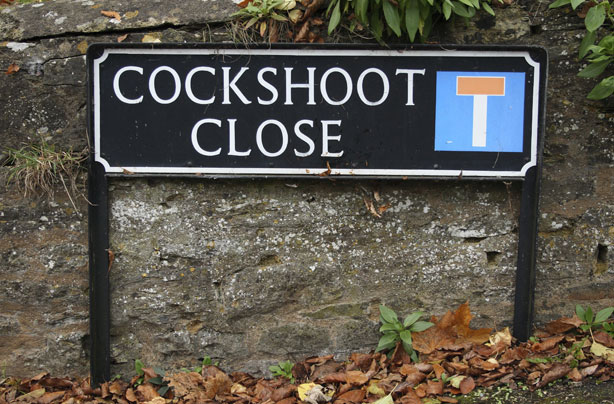 Cockshoot Close is in Stonesfield, Oxfordshire…. Hopefully not too close. 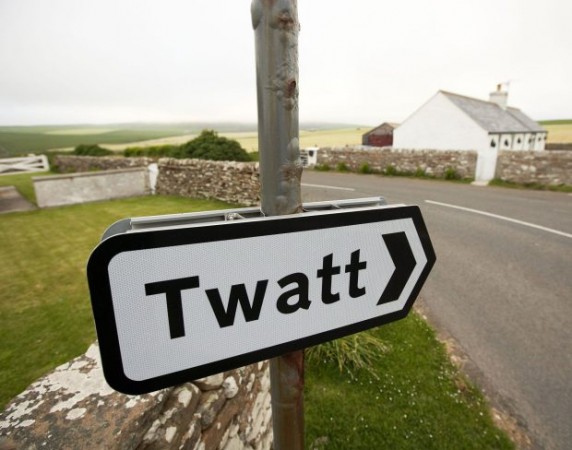 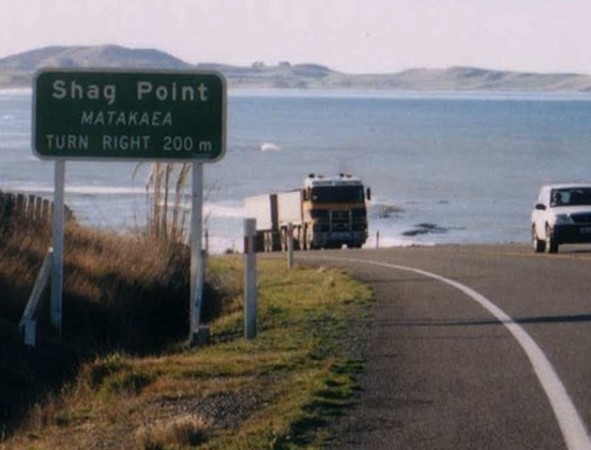 Apparently, Shag Point is a very pretty nature reserve in New Zealand- which makes me question how it got it’s name…

According to the Lancaster, PA website, Intercourse is “a hub where many Amish and local folks do their business”

Sounds like there is plenty of things to do in Intercourse… 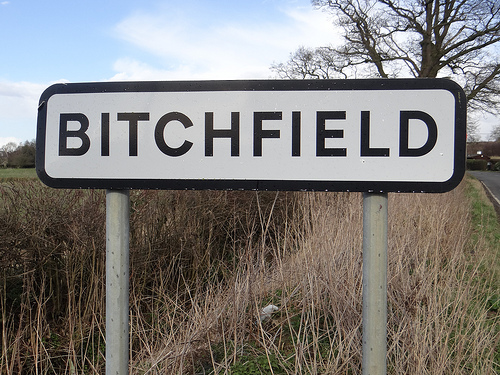 This road sign is a popular pit-stop for passers by, and it’s easy to see why. 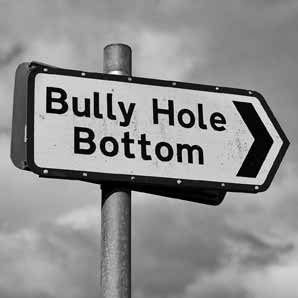 The embarrassment of living in this Welsh town must be never-ending. 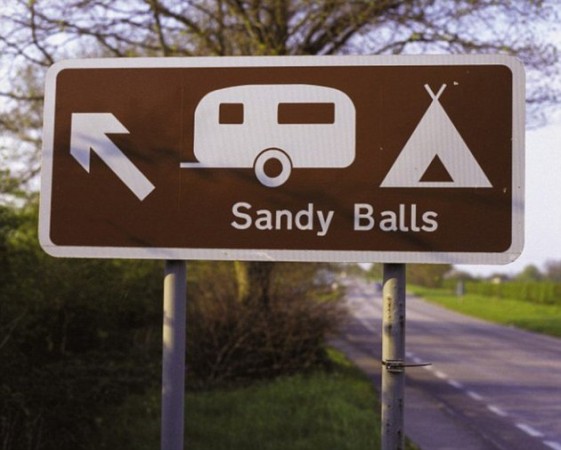 Apparently a popular holiday destination, there is plenty to do in Sandy Balls, from archery to going to DJ school. I’m just wondering if people come here for the activities or the novelty name. 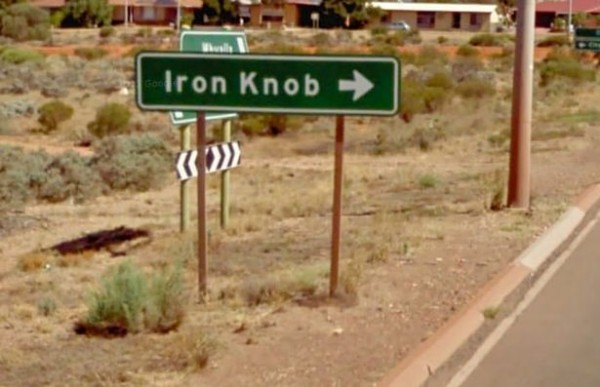 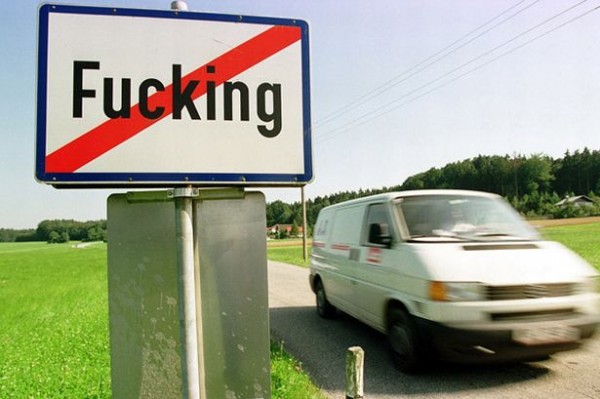 This small village in Austria recently partitioned to rename their hometown ‘Fugging’, but this was rejected as the name was already taken. Then, tourists started to steal the sign, which then got replaced with theft resistant signs. Then, when tourists realised they couldn’t steal the sign, they started filming themselves ‘in the act’ by the sign instead. 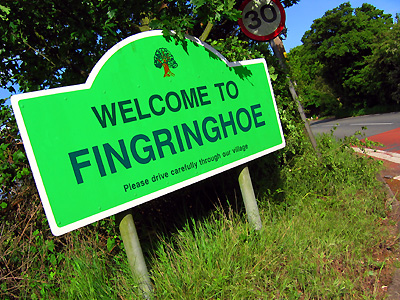 A picturesque and charming village in Essex. Just a shame that the name doesn’t reflect the same image. 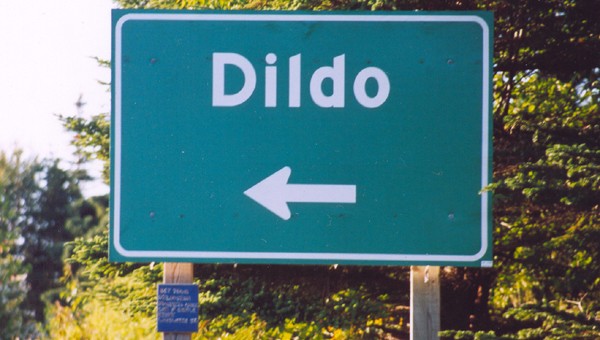 Canadians are known for being well mannered and polite. I guess this sign is the exception. 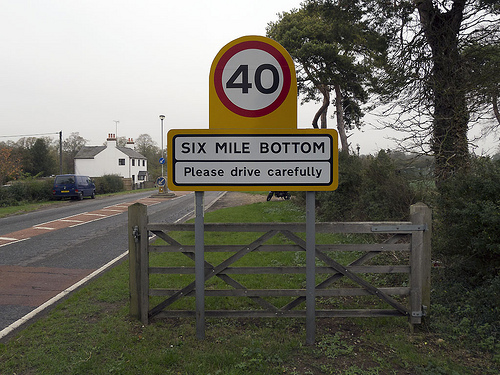 We know that big bums are in, but no one’s actual bottom is six miles long. Not even Kim Kardashian’s. 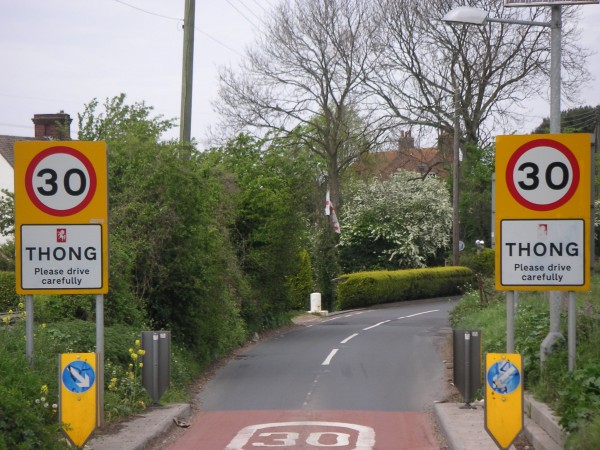 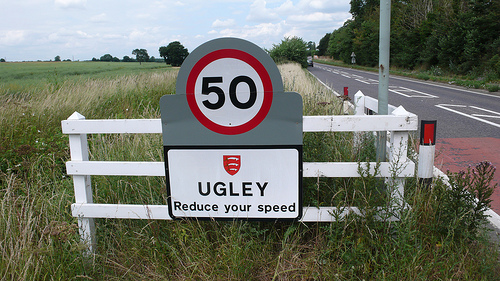 “So I’ll pick you up…where do you live?” 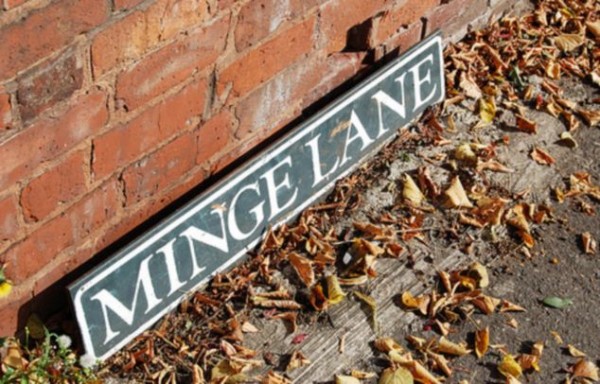 Just imagine trying to keep a straight face when telling the delivery guy where it is you live. 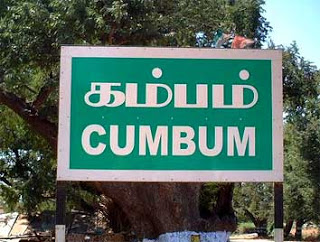 Did the British settle here, too? 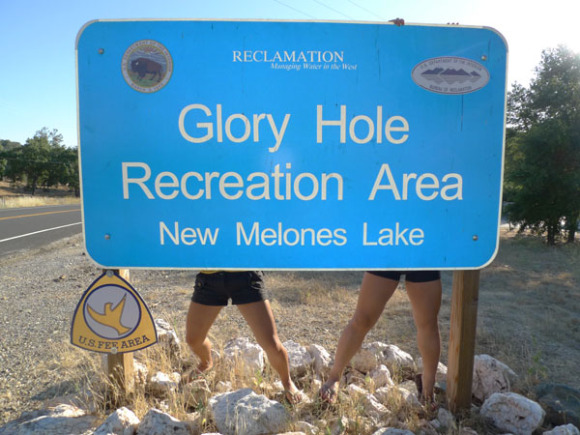 “Gonna hang out at the Glory Hole Recreation Area later, anyone wanna join?”

Sounds like the perfect location for a romantic mini break. 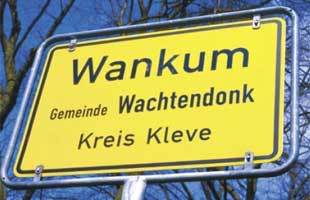 If Titz doesn’t take your fancy, try Wankum instead. 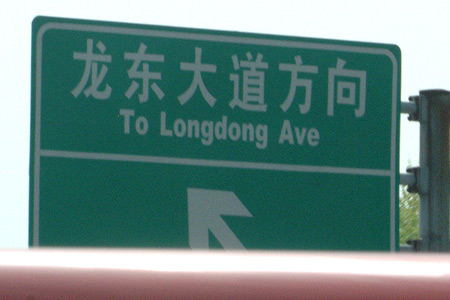 I bet someone, somewhere would relocate to China just to live on this street. 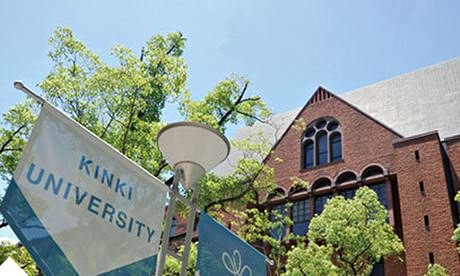 You can guarantee that there would be an adult film about this uni, no doubt about it. 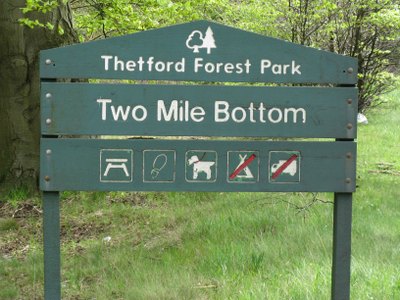 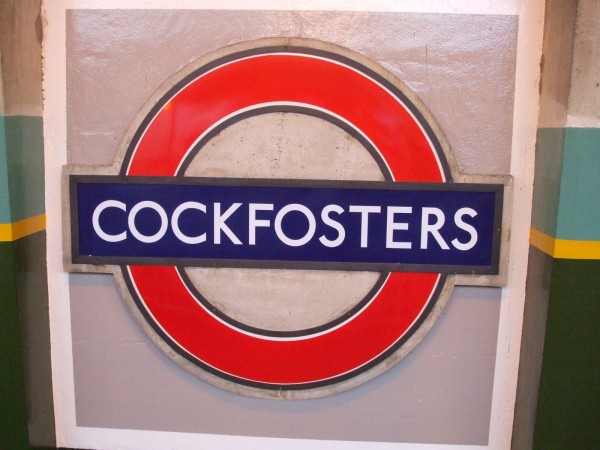 The all-time British classic. You’re lying if you say that you don’t snigger each time you hear this name on the Underground.

Five Things To Consider When Selling Your Home
Posted on 06th August, 2020

Selling your home can be a time consuming and challenging process, especially if it is your first time. With hidden surp

A new home or a change of address can be an emotional rollercoaster regardless of the reason behind the move. Whether yo

Comparing broadband may not be THE most glamorous task in your life but it’s certainly worth the effort, given tha