Why you’ll be happier if you move up North 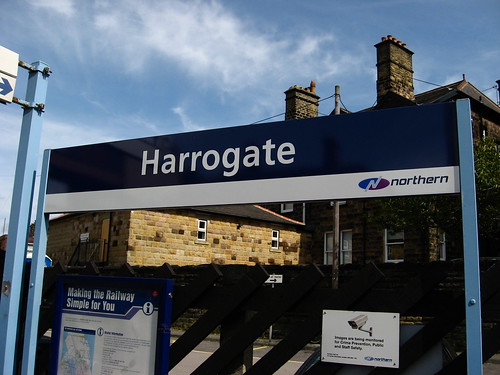 If you want to be happy and satisfied in the town where you live then you should pack up, leave the South East and head up North. That’s the conclusion from a new happiness survey which has revealed that residents of towns including Hull, Harrogate and Preston are the most satisfied with where they live.
The survey also revealed that the lease satisfied people all lived in the South East of England. Keep reading to find out more.
Harrogate named happiest place to live
The survey questioned nearly 50,000 homeowners about how they felt about the safety and neighbourliness of their area. It also asked how proud they felt of their property, along with several other measurements of happiness.
The research revealed that Harrogate, the spa town famous for healing mineral waters, was the happiest place to live in Britain for the second year in a row. Inverness, Stockport and Falkirk also made the top five with Hull and Preston in seventh and eighth place respectively.
Harrogate scored top in the survey for safety, its sense of neighbourliness and recreation. Councillor Michael Newby, Mayor of the Borough of Harrogate, said: “The district has some of the most beautiful countryside in the UK, if not in Europe and beyond. There is also a great community feel, which certainly makes life a lot happier for many people.”
The survey asked homeowners how proud they are of their property, whether they are satisfied with how it is decorated, how safe they feel in their community, whether they have enough living space and how friendly the neighbours are.
The 10 places where people reported the lowest levels of satisfaction with where they live were all situated within the capital. East London was named as the place where people are least happy out of all 111 places ranked, with Ilford, Croydon, East Central London, Twickenham, Harrow and West London also making the bottom 10 list.
East Londoners ranked their area bottom of the survey for neighbourliness while those living in Croydon voted their area the least safe place to live.
If you’re thinking about selling your property, learn more about how to save thousands of pounds in estate agent fees by selling privately.