Want to find out how much your home is worth?

Get your FREE online valuation at TheHouseShop today!

With the FA Cup Final fast approaching, property portal TheHouseShop.com have pulled together some research on how far the big bucks spent by the two finalists could get you in the housing market.

It goes without saying that obscene amounts of money are thrown around in the top flight of English football, and for any football team, splurging on new players at the beginning of the season can be a costly affair. With Manchester United shelling out almost £100 million in transfers this season, TheHouseShop team began to wonder – how much real estate could you buy with the FA Cup finalists transfer bills?

Man United are no strangers to the FA Cup, having won the title 11 times previously, but with a lacklustre performance in the Premier League this season, the pressure to succeed this weekend is greater than ever. The club’s transfer bill for their 4 priciest new players this season was a whopping £93.1 million, with an eye-watering £36m spent on a single player for Anthony Martial. Man United’s £93.1m spend could buy you 417 detached houses in Manchester – enough to give 38 houses to each of the team’s starting 11. 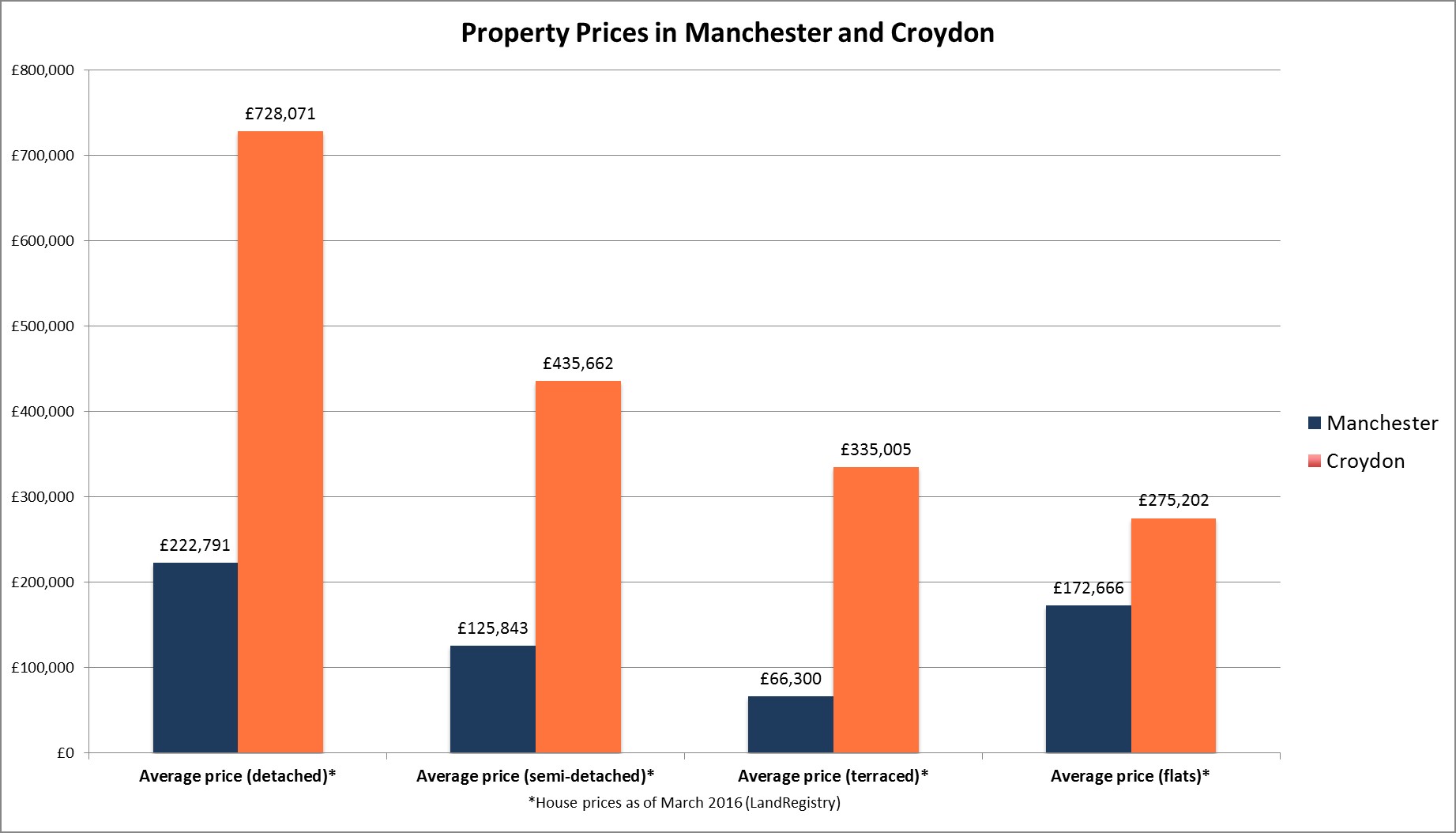 Man United’s £93.1m could also buy you 740 semi-detached houses, 1404 terraced houses or 539 flats in the local area. And just in case plain old flats and houses are a bit dull for your property tastes, you could always buy the historic Manchester Town Hall for a meagre £83m and still have a spare £10m left to play with!

Desperately trying to avoid a repeat of their 1990 FA Cup final defeat at the hands (or feet should we say) of Man United, underdogs Crystal Palace certainly have something to prove this weekend. Although their pockets may not be as deep as their rival’s, Crystal Palace still spent a generous £22.5million on new players this season.

Although the £22.5m transfer bill sounds more than generous, the impact of sky-high property prices in the capital mean that you could only buy a measly 30 detached houses in Croydon, compared to Man United’s 417.

The South London team’s multi-million transfer spend could also buy you 51 semi-detached houses, 67 terraced houses or 82 apartments in the area.

Or if real estate just isn’t your thing and you’re feeling generous, you could always do a weekly shop for the entire population of Croydon instead!

Find unique homes for sale in Manchester on TheHouseShop today

Find unique homes for sale in Croydon on TheHouseShop today

Not quite ready to buy just yet?

https://www.thehouseshop.com/property-to-rentSearch property to rent across the UK from private landlords and letting agents!