How To Choose The Right Gazebos for Garden Relaxation

Gardens are an often underrated, yet extremely valuable asset to have attached to your house. A garden can be a slightly more organized backyard, or an oasis of peace, tranquillity, and relaxation — it all depends on your ambitions. If there’s one thing every garden can benefit from, it’s a gazebo, and today we’ll show you how to choose the perfect one for your specific garden. 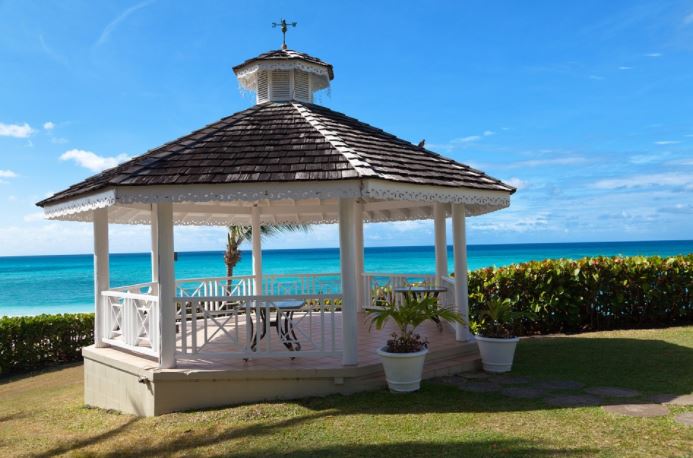 Spending time outdoors is a great way to relax, even if it means hanging out in your own garden. It’s sunny outside, and you’re presumably surrounded by your favourite and colourful plants. What’s not to like?

As great as this looks on paper, spending time outdoors, although healthy in general, can become uncomfortable and borderline dangerous depending on what time of the year it is. Let’s say it’s the middle of august in Arizona.

In a state where you can bake cookies using nothing more than your car’s dashboard and that hot, mid-day sun, it’s not a good idea to spend too much time outdoors. Doing so would put you at risk of heat exhaustion.

That is unless you have some sort of shelter. A gazebo represents the perfect midway solution between a full-on structure and a simple pergola. You’re getting the benefit of being completely in shade, which in turn reduces the overall temperature. However, you’re still outside. Gazebos are generally not enclosed, meaning that you won’t feel like you’re indoors while using them.

How to Select The Right Gazebo?

Gazebos come in a variety of shapes, sizes, and types. Each one serves a purpose and is meant to answer the needs of different users. That being said, let’s start with the basics. Are you looking for a permanent solution or something that you can whip out when necessary?

Gazebos can, but don’t have to be a permanent structure. It all depends on what you want to do. Both a hardtop and a soft-top design have their benefits. Hardtop goes a long way if you’re looking for a permanent solution. It’s a great way to give your patio or garden seating area some cover all year round.

The thing to remember with hardtop gazebos is that you have to carefully plan where you’ll use them. Being permanent, or semi-permanent structures means that you won’t be able to relocate them.

On the other hand, we have soft top gazebos. A soft-top gazebo is usually an affordable option that is easy to set up when needed. Being cheaper means that you can experiment with different sizes without putting too much money on the line.

However, the soft top type of gazebos has a number of significant drawbacks. For one, you are getting limited protection from the sun and environmental effects as a whole. A soft-top gazebo can easily be damaged or worse. Different buying guides are clear as far as soft top variety goes. The consensus is that they’re not a good solution for long-term use.

One of the most common mistakes people make when they decide to incorporate a gazebo into their garden is to pick one that is too large, or too small. There is no one-size-fits-all solution here. You have to gauge how big of a gazebo fits your garden so that it doesn’t take up all of the space, while at the same time remaining practical. After all, what’s the point of having a gazebo if you can’t put at least a few people in it?

Sometimes it’s difficult to find this balance, which is why it’s essential that you give it enough thought. Think about what you’re trying to achieve with your garden. Some homeowners are willing to sacrifice space otherwise used for plants if that means they can relax with friends in a larger gazebo. Others see this type of structure as nothing more than just another garden ornament and are opting out for small models. 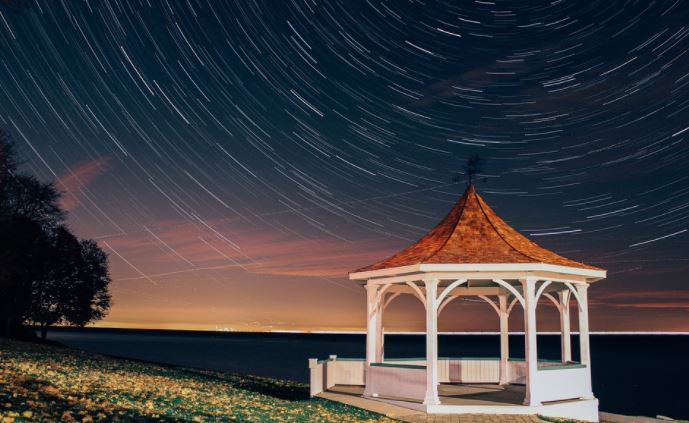 Materials are often the defining factor when it comes to how long your gazebo will last. That being said, personal preferences play a major role here as well. If you’re after durability and functionality, getting a gazebo with an aluminium roof and rain gutters would be the optimal choice. Such models are easy to maintain, offer solid protection, and are durable. You can get away with cleaning them when you deep clean your house, meaning once or twice a year.

However, there is a case to be made for good ol’ wood. Natural materials such as wood have a unique aesthetic value that is extremely hard to recreate using metals or polymers. It all comes down to form over function or vice versa. Whichever one you prefer.

Once you’ve figured everything else out, it’s time for one of the last decisions of the day — choosing the design for your new gazebo. These structures come in all kinds of flavours. You have standard square gazebos, hexagonal gazebos, octagonal ones, and so forth. Then, there are different influences to choose from. Digging through various manufacturer brochures reveals two interesting facts. For one, gazebos influenced by eastern cultures are extremely popular.

In stark contrast to this flavour, we have the classic western gazebos and even some vintage designs. Figure out which one works for you, and which style fits your overall theme.

Last but not least, there are open and closed gazebos. The latter offers complete protection from the elements, allowing you to enjoy your gazebo even during bad weather. That being said, open gazebos are generally cheaper, more aesthetically pleasing and a well-balanced solution for most users.

If you’re the type of person who likes to spend time outdoors in their garden, a gazebo could be an awesome addition to your garden setup. Such structures are often avoided by casual homeowners due to their price.

However, said prices have stabilized enough to a point where getting a gazebo is no longer so unattainable. We urge you to look for a solution that best fits your needs and give it a shot. The aesthetic and functional value that gazebos bring to the table is hard to replace.