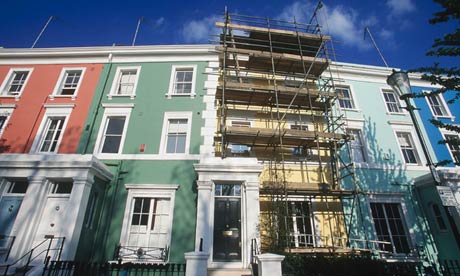 United Kingdom real estate is a thriving business at the moment, particularly in its capital, where recent figures have shown a rising trend in demand out-weighing supply. Because the UK’s population is increasing, this obviously translates in the need for more housing and development. Not only is London the UK’s largest city, it is also the most expensive to live in. The Government is addressing this problem and has plans to build and construct new homes across London. The goal is to divide up around 50,000 homes into no less than 20 housing zones.

The government’s use of zoning is a different approach, allowing new developments to start building at brownfield sites. Benefits include the removal of any planning restrictions without too much red tape. Once the government and developer(s) team up, construction times are significantly reduced and the aforementioned supply and demand ratios can start to be equalled. This is a win win situation for all involved, from the government successfully addressing a problem, to the builders and developers hitting deadlines, ultimately benefiting London as a city and providing its residents with new housing.

Local authorities are also benefiting from the government’s support in this new building approach and process by the loans and funds now being made available to them. This is to ensure the infrastructure is in place for a big development and any remedial site work planned on the project.

Further down the ladder, so to speak, we see a big boost in demand for London scaffolding firms, this injects more business and jobs into the local area(s). One London firm in particular, RH Scaffolding, said the increase in business is very welcome during a time in which the nation is still climbing out of a recession.

The government’s involvement with local authorities and developers has a massive effect on the time needed to complete new housing projects. Setup by the Chancellor of the Exchequer and the Mayor of London, housing zones bring with them job availability in and around the capital’s area(s), boosting the economy and helping financially.

The government’s ultimate goal is to provide London with enough new homes to keep up with the high demand figures, the process worked so that the capital sees increased business, more jobs and a boost in economy.

Compared to five or six decades ago, the population is increasing exponentially and it shows no sign of abating. New housing is becoming a problem and the government has recognised this and addressed the problem. This housing and zone project may be one seriously big project, and it will no doubt take time to complete, but throughout its build and ultimately after,  the residents of London will benefit.