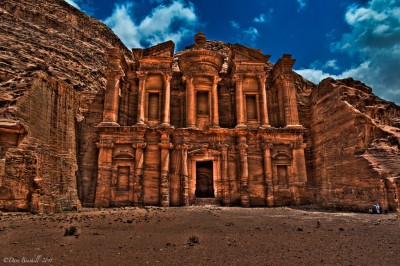 Architecture is a huge part of the film universe; looking for filming locations can be a struggle. You need the correct structure and feel of a building in order to really make your vision as a filmmaker come to life in a way a set sometimes can’t. Luckily, there are many structurally and artistically sound buildings that are perfect in bringing these ideas to the big screen. Here are a list of just a few of them.

Let’s start with a classic film, Ghostbusters. The fire station used in this film is in fact a real, working fire station situated in Tribeca, New York. That’s right, the fire station is actually still in use, despite a bill in 2011 to have it shut down due to budget cuts. Painted on the ground near the station is a subtle nudge to the film; the ghostbusters logo with a fireman’s hat on!

Wayne Manor was actually films on two separate locations. Firstly, Wollaton Hall in Wollaton Park, Nottingham, which now serves as Nottingham Natural History Museum. This was used in Batman Begins, the first instalment of the Dark Knight trilogy. Its huge size and intricate windows really capture the towering beauty of Wayne Manor. The second property used to portray Wayne manor in the second film of the trilogy is Mentor Towers, Mentor Buckinghamshire, which was actually built to replicate the style used on Wollaton Hall, making them very similar.

The Overlook Hotel from The Shining is probably one of the creepiest and most memorable locations in film history. The exterior shots were filmed at the Timberline Lodge in Mount Hood, Oregon, however it is interesting to note that the hedge maze we see in The Shining is actually a mock-up that was shot in a studio in England and isn’t actually part of the grounds at the lodge. This film is actually based on a novel by Stephen King, who came up with the idea when staying at the Stanley Hotel in Colorado. You will no doubt remember the Al Khazneh from Indiana Jones and the Last Crusade due to it’s astoundingly beautiful architecture. It is situated in the ancient city, Petra, in Jordan and literally translates as ‘The Treasury’. Dating back to as far as 100AD, this was most likely intended as a crypt, due to the urns and symbols depicting life after death that can be seen on the walls. This elegant and intricate detail in carved entirely out of sandstone and is largely influenced by ancient Greek architecture.

Alnwick Castle in Northumberland was built after the Norman conquest and is the seat of the Duke of Northumberland. It is most recognisable as none other than the magical school, Hogwarts, that Harry Potter attends. However, Alnwick castle itself was only used in the shooting of the first two Harry Potter films, as a model of Hogwarts was used in the later films which is now an attraction at the Harry Potter Studio Tour in London. The building is used as a tourist attraction, with regular tours of the interiors and grounds open to the public. 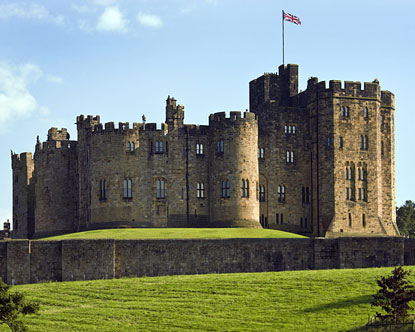