What we learnt from ‘The World’s Worst Place to Be Disabled?’ 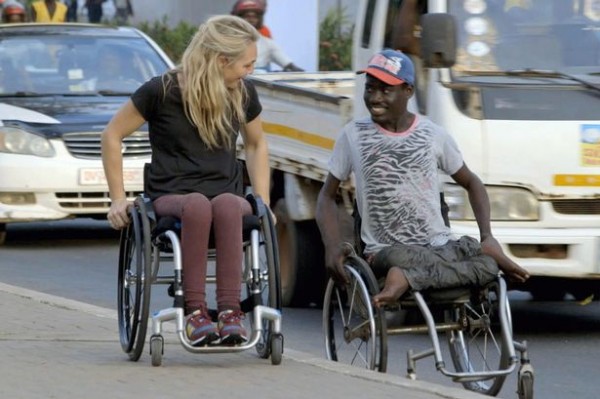 ‘Some people will try anything and everything before they turn to Western medicine. This is often fuelled by faith’ – Sophie Morgan

Last night, BBC Three broadcast an hour long documentary ‘The World’s Worst Place to Be Disabled?’ which uncovered the terrifying reality of disabled people in Ghana.

The shows presenter, Sophie Morgan, travelled across the country, from the capital Accra to the rural countryside, discovering how society appertains to its handicapped citizens. Upon her initial interaction with Ghana’s disabled community, Morgan soon realised that disability was considered more as a spiritual curse conjured by witchcraft as opposed to a physical or mental deformity. What really stood out during the show was the varying religious complexities which were used primarily as an excuse to the challenges faced by the disabled people.

One scene sees Morgan travelling to a prayer camp. Here, they meet patients who have been brought to the facility against their will by their families. A rather young and distressed girl is seen bawling and screaming. The camp leaders have prescribed a herbal medicine to place in her mouth, nose and eyes. It is revealed that the young girl suffers from epilepsy, and her mother tries to explain that the procedure will one day cure her daughter’s sickness. She then goes on to reveal that she has spent over 4000 cedi (nearly £800) on treatment.

We are also introduced to Sheriff, a polite, young patient who is believed to be mentally ill (or so his family say). We see that Sheriff is chained to the wall in the room and is only allowed to leave the room at the discretion of the camp leaders. He is unable to change his clothes or take a shower unless they agree. When Morgan tries to confront the camp leaders about why some patients are chained up, they hesitantly explain that it is because the disabled people “behave so badly” and that “only their family can have them released”.

Even during the journey to the camp, we see multiple ‘healing churches’ and ‘herbal centre’ advertisements, with open promises to cure disabilities.

Morgan’s documentary was a real eye opener and indicated the increasing power of religion in Western Africa. It exhibited how spiritual leaders target the vulnerable within society to part with hard earned cash in order to feel, perhaps, spiritually protected. There were sinister underlying tones throughout the documentary, particularly seeing the mistreatment of patients at the prayer camps. Is attacking and forcing someone to consume a herbal mixture with unknown ingredients really the best way to help a handicapped or vulnerable person?

Camp leaders were quick to take payment from impuissant family members but the disabilities of the patients had not been healed.  Ultimately, more education towards special needs is what is required if circumstances are to change in Ghana, but they must compete with the naivety and false hope brought to families affected by disability. More needs to be done to help people understand disability, not dismiss it.

Join #MapMyDay and Make A Difference in Your Neighbourhood
Posted on 20th November, 2015

Join #MapMyDay! A Global Social Event For More Accessibility! TheHouseShop team are very pleased to announce that we hav