It All Kicked Off on Twitter Last Night… Let Us Explain 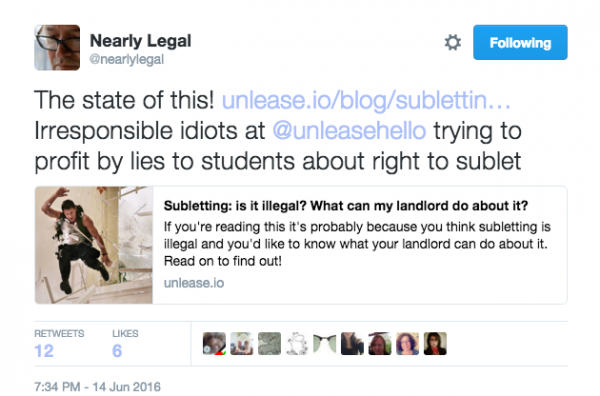 Whilst scrolling through the overwhelming real-time flow of commentary on Twitter last night, TheHouseShop team saw an exchange that really caught their eye.  During the early evening when the working day had drawn to a close, the knives were out between Nearly Legal aka Giles Peaker, a south London solicitor who specialises in Housing and Public law, and Unlease, a peer to peer marketplace for student tenant subletting.

An article had appeared on Unlease’s blog page, entitled ‘Subletting as a tenant right’, which encouraged students to sub-let their properties during holiday breaks, and reassured them that this process was, in fact, totally legal. The piece goes into detail about the simplicity of student landlords subletting their properties when vacated outside of term times and that ‘the landlord may not withhold consent unreasonably’ when a tenant requests to sublet their property. According to the blog, the freedom ruling had been ‘enshrined’ in common law since 1927. As they state, the tenant’s right to sublet had ‘slipped from public consciousness and was replaced by a convenient truth’.

For those of you who can’t be bothered to read the entire article, Unlease have kindly summarised it below with a ‘Too Long; Didn’t Read” synopsis (we’re not sure how appropriate a ‘TL;DR’ is when handing out potentially controversial legal advice…. But we’ll ignore that for now):

Unfortunately, the Unlease blog post gave a rather equivocal account of subletting rights in the UK and so, Mr Peaker took to the Twittersphere to follow up on the claims made by Unlease and to ask for clarification on their legal reasoning:

An onslaught of Tweets from Mr Peaker found him directly mentioning both the head of Marketing and the founder of Unlease, still waiting for a response on the claims made in the blog. He even took to contacting the National Union of Students to warn them of the incorrect legal advice they were promoting. 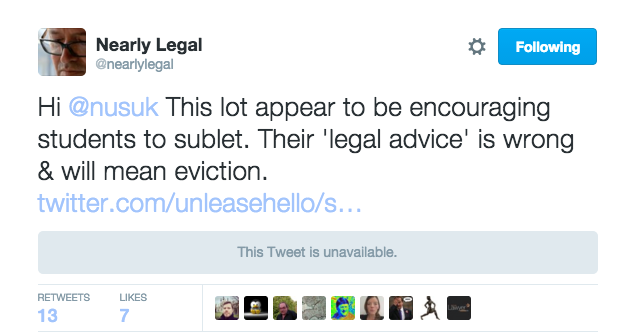 Before long, a former student replied to Mr Peaker, relaying his experience with Unlease at his university campus…

Obviously, there seems to be a miscommunication between housing law and the start up world. Many entrepreneurs have bright ideas and good intentions.

Perhaps more could be done to explain the rules of housing and tenancy rights to students. For many, this is their first experience of dealing with tenancy agreements, letting agents and landlords. To prevent misinformation, student tenants should have better access to accurate and comprehensive information on tenancy law at their university or maybe even at sixth form, before they make the transition into further education.

We will have to wait and see how the Unlease vs. Nearly Legal debacle turns out, but we’ll be sure to update you with any new developments! 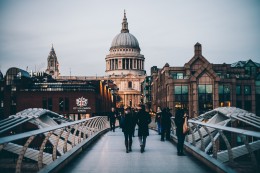 The Top Spots For London Property Investment Revealed
Posted on 24th May, 2016

Barriers To First Time Buyers Revealed
Posted on 23rd May, 2016