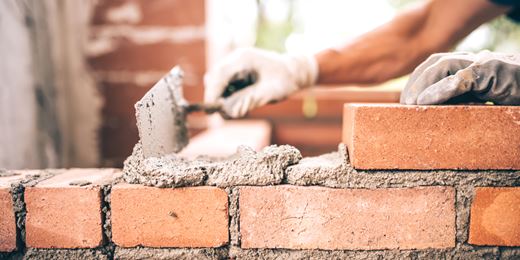 In the last seven years that the Conservatives have been in power, they have managed to build over 1.1 million new homes with a yearly average of 158,759. Despite a recent increase in the number of new dwellings built, the rate of house building is not quick enough to satisfy the demand within the UK’s housing market, leading to a crisis.

Of the 183,570 new dwellings that were built, the highest rates of new house building has been seen across the south of the country, with Cornwall, Devon and Gloucestershire seeing the highest net additional dwellings. High rates were also seen just outside of London’s ‘Green Belt’ in areas like Buckinghamshire, Bedfordshire, Oxfordshire, Northamptonshire, Cambridgeshire and Norfolk.

House builders will often allow potential customers to search on their websites for local housing developments. The biggest housing developers include the likes of Taylor Wimpey, Barratt Homes, Persimmon and Bovis. The Government’s website also allows people to search the register for planning decisions in your local area, giving potential buyers the chance to learn where new houses are likely to be built.

London is an area that is desperately in need of more housing developments, as Newham was one of the few regions of the capital to actually provide enough houses for the demand. The capital is also in need of new housing developments in order to help slow down the sky rocketing prices, as from January 1995 to September 2017, inner London average property prices have risen from around £75,000 to just under £600,000.

There have been several issues in the UK housing market which has begun to lead to a housing crisis. A major problem for the UK is that there are many people on council housing lists and the Government has yet to build enough affordable properties to help alleviate the pressure. Although the increase in house prices are great for those who already own their property, for those who are trying to take their first steps on the property ladder, these prices are a stumbling block as mortgage lenders look for a 10% deposit on a property. With many people currently renting a property, it makes it difficult to save up for a deposit with the current rental prices.

Prime Minister Theresa May announced that another £2 billion will be going towards funding for housing, taking the Affordable Homes Programme budget to over £9 billion. This is the first step in helping the current generation from being able to get onto the property ladder and the Government will be hoping it prevents the housing crisis from worsening.