George Clarke is one of the most well-known property experts on TV, and in Restoration Man, the 38 year old follows families as they attempt to restore old and architecturally important buildings to their former glories.

Each episode features a family taking on the emotional and financial rollercoaster of restoring an old building. Many of the buildings featured in the episodes are literally falling down or are listed buildings with many planning restrictions.

In 2011 the ‘Heritage at Risk Register’ of crumbling old properties had a staggering 5,828 entries. However thanks to the number restoration projects over recent years, this figure is over half of what it was ten years ago.

However, as George sees through the series, restoring old buildings has plenty of pitfalls. During filming, the Sunderland born expert is on hand to offer advice and support wherever he can.

Projects featured in Restoration Man include the restoration of a water tower in Cheshire, a Victorian brickworks in Oxfordshire, and a Yorkshire steam train water tower. Each building has a unique story to tell, so George tries to uncover the architectural and historical significance of each building. 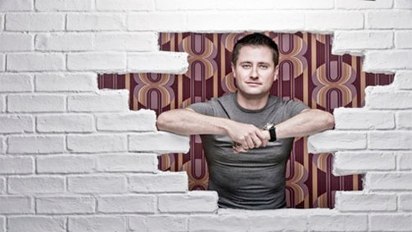 In the second series of this popular Channel 4 show, George visited 13 restoration projects. These included:

a meeting with James and Lois Denning, who inherited an historic estate which has been in James’ family for the last 234 years. The couple decided to convert a stunning and only recently abandoned oast house into a nine bedroom family home

During the series, George also revisited several previous projects including a gothic church in the Pennines, a Victorian chapel in Wales and a medieval hall in the Vale of Glamorgan.