Stamp Duty – Everything You Need To Know! 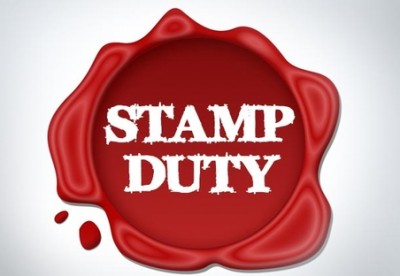 Stamp duty is a tax on the properties over the price of £125,000 made when a homeowner purchases the home. And until recently it was unfair. That is not a politically-motivated statement, and nor is it a lonely, individual view. It was a description by the Chancellor of the Exchequer George Osborne, who unveiled new plans in the Government’s autumn statement.

That extra expense could be the deal breaker as to whether a mortgage is approved or not, especially on top of constantly rising house prices plus valuations, solicitor’s fees, and many other nasty little extras. The Telegraph reported on the effect this ‘cliff-edge’ scenario was having, with some buyers even offering to pay for a sellers’ wedding in exchange for an agreement that their house price dip under the £500,000 mark.

So it was recognised that something new needed to be introduced, and the fresh system is undoubtedly much clearer and better for many people at the lower end of the housing market, saving an average of £4,500 per household in England and Wales.

The system is not perfect for everyone. The tipping point is a house costing £937,500, for which stamp duty would remain exactly the same in the new system as it would under the old – £37,500, or the equivalent of 4%. Any homes with a higher value will now pay more; a million pound house would now also include stamp duty of £43,750, as opposed to £40,000 under the old system, for example.

A new system was also introduced in Scotland in April, known as the Land and Buildings Transaction Tax, with similar rules but different thresholds. For example, the tax begins at £145,000.

This stamp duty calculator courtesy of The Money Advice Service will help you find out exactly what you will pay now, with no need for calculations – and unless you’re approaching the millionaire bracket you’re likely to be a winner.

Top Tips for Getting a Mortgage Deposit (infographic)
Posted on 25th August, 2016

As a society, we have been slightly spoiled by technological advancement and the impact that this has had on our everyda