Tips on how to keep your home secure

Living in safety is something that many of us take for granted, but it’s important to remember that without the right security precautions, incidents can happen to anyone. If you’re looking to improve your home security, follow the tips below for peace of mind that you’ve created the safest environment possible.

The first thing to do, if you haven’t done so already, is to purchase a security alarm for your home. Burglars are far less likely to target your house if they see that you’re protected with an alarm, which would be triggered if somebody tried to enter the building after you had set it. Should a break in occur, you will be alerted immediately to the intrusion. The majority of security alarms are incredibly smart these days, and can be connected to your phone and easily activated and deactivated from wherever you may be.

Look for alarm companies that will install your alarm for you, as the bonus in that is that you can be certain that an expert job has been carried out. They will often provide a good deal that includes installation and purchase in one, and it is worth spending the extra pennies on. You can also ask any questions you may have about your alarm, such as how it works- the more advanced models are worth it, but a little more technical these days!

2. Check your locks- and change them if necessary

If you’ve been living in your home for quite a while now, and can’t remember the last time the locks have been changed, there’s a high chance they may have outlived their usefulness. Old or poor-quality locks might not make you any more of a target for burglary than any other home, but they’re certainly going to make it easier for breaking and entering, should the situation arise.

It’s definitely worth considering getting your locks updated by a locksmith if you’re looking to keep your home secure. A door with a highly innovative locking system- or one that can only be unlocked with a special key card or a phone app, as is the current trend- will likely put off a potential intruder simply by being effective in its job. Breaking in would prove a lot more difficult, and, in a burglar’s eyes, most likely wouldn’t be worth the risk or effort.

It may seem a little extreme, and for some people, it would be considered so. But if you live in an area where frequent break-ins take place, or you simply want to make sure you and your family are under the best protection possible while at home, purchasing CCTV cameras to monitor the exterior of your property might not be such a bad idea.

CCTV is a lot more advanced than the days of black and white stuttery images that delete themselves after several hours. With the invention of smart CCTV, homeowners have the option to monitor their houses live from their phone screens, using a clever app that can be synced to the security cameras. Thieves are far less likely to target a home that has cameras on display, and if they do, you will at least have the footage of the break-in to hand over to the police, giving you an advantage over many other break-in targets.

Take this advice with a pinch of salt, as it wouldn’t be wise to bring a dog into your family home for the sole purpose of its ability to ward off strangers. That said, if you have been seriously considering a family pet for a while, and are ready for the responsibilities that come with it, a dog is your best option in terms of home security.

While it’s not easy for human ears to pick up on noises outside the house, and impossible for us to sense the presence of strangers, dogs will almost always catch noises and scents that would otherwise be missed. Not only can they alert you to a potential break in, their barking may also scare off the intruder- even if your furry companion is only the size of a small shoe.

5. Get friendly with your neighbours

With a recent study by Aviva highlighting that more than a third of people wouldn’t be able to recognise their neighbours, it’s time you thought about how well you know those who live the closest to you. While it’s not always possible to be the best of friends with your neighbours, being familiar and friendly with them definitely comes in handy.

Paying the occasional visit to your neighbours can not only keep you informed of any important local information, but can also encourage a stronger sense of community. If you’re on friendly terms with those living nearby, you’re far more likely to want to keep an eye out on their property for their safety, and they would likely do the same for you.

Not everyone will deem window locks to be a necessary security feature of an average family home, but if you’re looking for an added security feature, you should definitely consider them as an option. A locked window makes it far more difficult for a burglar to gain access in this manner, and it may be enough to prevent them from trying at all.

Another advantage many people don’t think of when considering window locks is that they can prevent a perpetrator from opening the biggest window to escape from with stolen property. If your front door is safely locked, and the key is out of sight, the burglar will have no choice but to leave the property through a window big enough to fit their stolen goods through. If they have only managed to enter through a smaller window, and the rest of the windows are locked, there’s a good chance they won’t leave with many items of too much value.

Advantages of Privacy Screen Options and How it Works
Posted on 02nd June, 2020 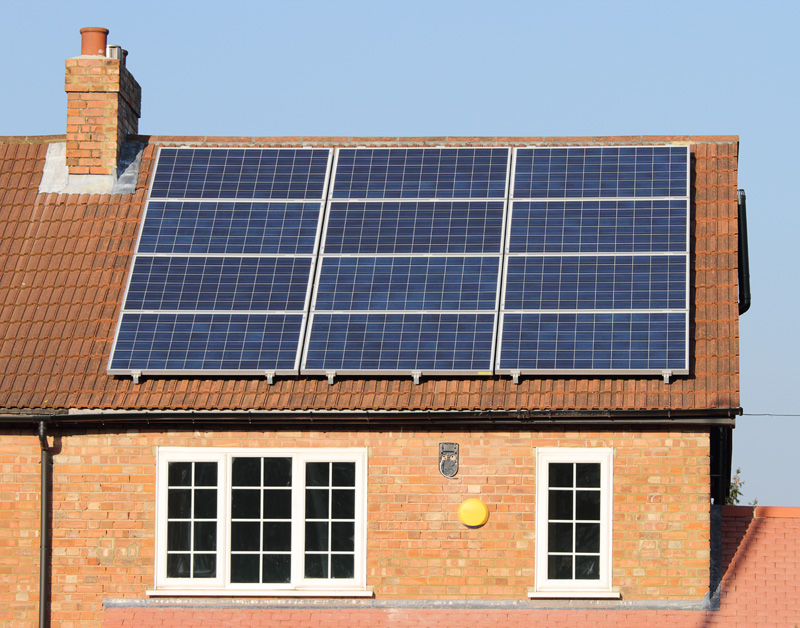 Are you thinking to yourself why go solar? If yes, you should check out our list of reasons and advantages for homeowner

How Does a Septic Tank Work? A Home Plumbing Guide
Posted on 28th May, 2020

Septic tank systems are living, breathing wastewater treatment centres found under your yard. They use a combination of