This architect with easily the grandest name on the list is best known for his ground breaking geodesic domes, developed in the 1950’s and since recreated in their hundreds of thousands all over the world, including the Eden Project in Cornwall. He strived always to create buildings using the simplest and most energy efficient means possible.

Having used Fullers geodesic dome design as a model for the Eden Project, Grimshaw went on to build the Eden Foundation building, sustainably insulating it with old newspapers, and making it one of the best insulated buildings in the UK.

Most famously having designed and built the house Falling water, Wright is hailed as one of the first to truly dedicate themselves to the practice and philosophy of organic architecture.

Both were highly influenced by the forward thinking and philosophy of Wrights architectural practices by designing and structuring their builds around the natural environment and existing habitats rather than the reverse practice most commonly used in architecture.

Founder of the ZED(Zero Energy Development) factory, Dunster is perhaps Britains most eco-friendly architect, and is the creator of BowZed(East London)and BedZED (South London) developments. These flats are designed to be almost entirely sustainable and in a Guardian article here, it states that the flats get 40% of their electricity from photovoltaic panels and 50% from a micro wind turbine on the stair tower, covering the majority of their energy usage by means of renewable sources.

In 2013 Peter won the Gold medal from Canada’s Royal Architectural Institute for his sustainable designs most notably the smart condo or tower block designs used in the less affluent areas of Vancouver, which makes maximum use of light to create a more beneficial living environment for its residents.

Architect for the California Academy of Sciences in Golden Gate Park. The Academy has a 2.5 acre green living roof that absorbs up to 2 million gallons of rainwater annually.The building also has no air conditioning, relying on weather sensors that communicate with motorized windows so the museum can be entirely cooled with outside air. (source:here) 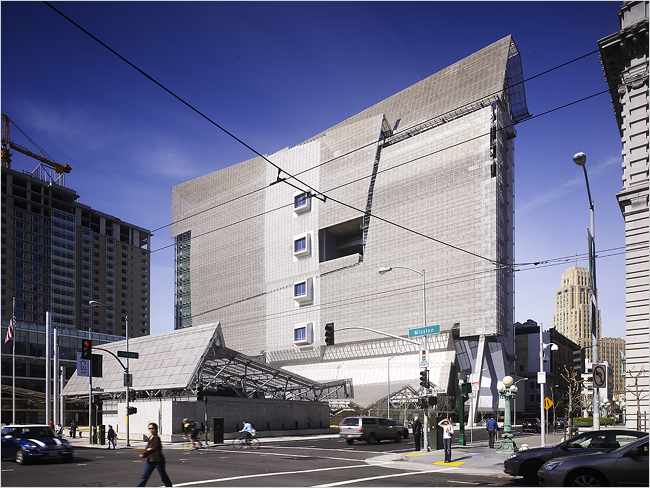 Winner of the 2005 Pritzker Architecture Prize and founder of the California based architectural firm Morphosis. Mayne famously designed the San Francisco Federal Building, which also uses an outside air cooling system.

Having been the contracted architects behind the Bank of America Tower in New York this architectural firm proved how green/sustainable building can work in an urban environment.

In a case study (here)they discuss the renewable energy methods they used throughout the build, such as greywater recycling, rainwater harvesting systems, in addition to an onsite co-generation plant that generates nearly 70% of the buildings annual energy requirements.