How to Tackle Damp in Your Home 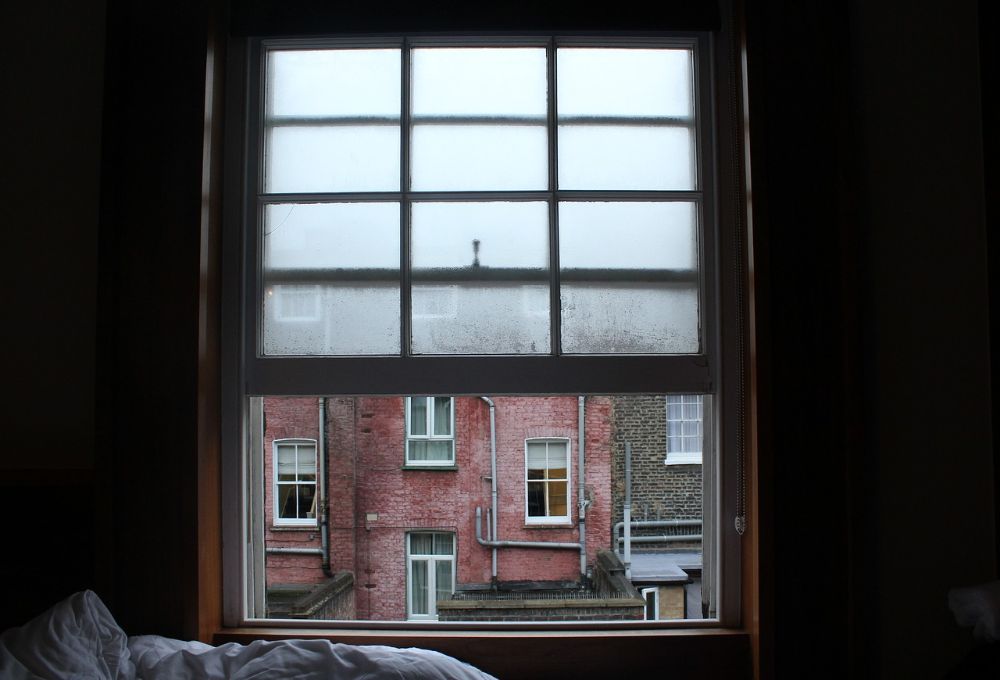 Damp is so widespread across properties the UK that when its symptoms appear, it can be hard for homeowners to know if they should quake in their boots or simply shrug it off. In fact, it can be found in almost half of all homes, in various guises – from condensation beads and grey speckles, to crumbling building materials and bizarre fungal growths.

A lot of the time this damp is reasonably superficial, however, if it goes unchecked it can penetrate the structure of a building and act as a catalyst for damage and decay. Eventually, even the most innocuous damp issue can cause a home to become uninhabitable, posing a threat to the stability of the structure, the health of its inhabitants or both.

If you’re concerned about damp in your home (or a home that you’re thinking of buying), here’s a guide for dealing with it quickly and safely.

Identifying the extent of the damp

Understanding the severity of your damp problem is essential for creating a plan to eliminate it. If the damp seems relatively minimal then you may be able to deal with it yourself, however if you have recently bought the home, or if the building is very old, then it would be sensible to hire professional assistance.

Commissioning a specific defect report or a Building Survey from a Chartered Surveyor will help you understand the history of your home and determine how much of the structure is affected by damp. The survey should also give you an idea of repair costs and urgency, as well as telling you the most probable cause.

Generally speaking, there are three kinds of damp; condensation, penetrative damp and rising damp. Different sources may include sub-categories or use slightly different terminology (the phenomenon of “rising damp” is the subject of much debate, but we’ll use the term for simplicity here).

Condensation is usually the most straightforward type of damp problem to deal with. Not only is it easy to spot, its causes are generally easy to rectify and the building will dry out again in due course.

Condensation is simply caused by warm, moisture-laden air hitting a cool surface. This makes it particularly common in bathrooms and kitchens, where the steam from showering, cooking or drying clothes beads up on walls and windows – especially in winter where ambient temperatures are lower.

It is important not to underestimate it though, as surfaces that cannot dry out properly are prone to crumbling. Ignore frequent condensation and you can find yourself replacing wallpaper, window frames and even large patches of brickwork.

Installing (and using) extractor fans, opening windows to circulate the air and making sure every room has adequate ventilation are just some ways you can reduce the humidity in a room.

As the name suggests, penetrative damp is caused by outside moisture finding a way in through a weak spot in the building’s exterior. The symptoms should subside once this has been repaired, although it may have caused lasting damage to masonry, plaster or internal décor.

The best route to solving the problem is to identify patches of discolouration and moisture on interior walls and then relocate the same area on the outside of the building. Next, look for defects nearby. It might be a crack in the plasterwork or a clogged gutter that is causing rainwater to overflow excessively onto a window lintel.

If you can’t see an obvious defect, your best bet is to call a surveyor or damp specialist.

‘Rising damp’ describes ground moisture that seeps upwards through brickwork and other porous materials, causing internal and external moisture damage and unsightly marks. Critics have been reported to deny that such a phenomenon is possible, but several studies have demonstrated that it is.

In any event, regardless of the scientific technicalities, moisture-soaked walls have been observed for hundreds of years and cause very real issues within a structure. If the damp in your home cannot be attributed to excessive internal moisture or an obvious source of rainwater getting in, it may be worth treating the issue as rising damp.

The first step is to ascertain whether your home has a damp-proof course (DPC) – most properties that are less than 100 years old should have one. If you can see it, then the problem might be caused by plants or landscaping features that are carrying or deflecting water from below the DPC to the wall above (walk around the exterior of the building to investigate).

Where a DPC is old, damaged or non-existent, it could be a bigger problem. In a worst-case scenario, a new DPC may need to be installed, which is a major task. Instead, it may be worth taking general measures to reduce moisture levels in the building. Repair any damaged masonry, open windows and improve ventilation indoors to see whether the signs of damp improve.

Just be sure to avoid companies that advocate a chemical DPC, which can actually exacerbate damp issues in an old building by preventing the materials from breathing.

As we’ve mentioned, sometimes damp is too big of an issue to tackle on your own. If your home is suffering from persistent damp, it’s best to consult with a specialist to get the measure of the issue. Spalling brickwork and weakened timbers pose a threat to safety and mould spores can cause serious health problems if they’re breathed in. Look after your family and start tackling the damp sooner, rather than later.