Property Party Politics – What You Need to Know 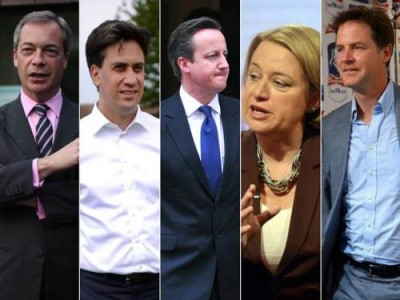 Property Party Politics – Where do the parties stand?

With the General Election fast approaching, the main parties are beginning to take stands on key issues. An important topic of debate for this year’s pre-election grandstanding will be the housing market. At both ends of the housing spectrum there are decisions to be made, with affordable housing a key priority for many working families and the potential for a tax on high-end properties worrying asset-rich but income poor households.

Here we take a look at each of the key issues for housing and break down the offerings from the main political parties.

The housing shortage that is particularly acute in London and some parts of the South East has become an important issue for all political parties as it represents an opportunity to create both new jobs and growth through new construction projects.

Mayor of London, Boris Johnson, has been tackling the new homes shortage in London during his time in office with some success and is currently on track to reach his target of 100,000 new homes before his term is up. However, the Mayor’s ‘London Housing Strategy’ claims that the work is far from over as we still need to build an estimated 42,000 homes per year to meet housing demands – requiring levels of home-building not seen since the 1930s.

Both the Lib Dems and Labour have set national construction targets of 300,000 and 200,000 new homes respectively. The Conservatives and the Green Party however have decided against setting a concrete national target and will instead leave it up to local councils to set housing targets.

The private rental market is another hot-button topic among those in the housing industry and the whisper in Whitehall of possible rent controls has spooked some in the market. The Conservatives have ruled out a rent cap, as have UKIP. Labour have proposed a ceiling on rent increases over 3 year tenancies and the Greens have committed to cap rent rises to inflation levels and then review the system.

There is some good news for tenants as both Labour and the Greens intend on scrapping letting fees for tenants, and most of the parties will aim to extend the length of standard tenancies to between 3 and 5 years. The Conservatives are the only party to rule out longer tenancies, instead agreeing to support a voluntary tenancy model.

George Osbourne’s shock overhaul of the Stamp Duty system in December saw 98% of households either better off or no worse off under the new rules. It was high-end properties that would bear the brunt of the new graduated system, with homes worth between £925,001 and £1,500,000 paying a 10% rate of tax, and homes worth over £1.5m paying the top rate of 12%.

Homeowners of properties worth over the £2m mark were hit hardest by the new system, making the possibility of a Labour-led Mansion Tax, targeting the same group, even less attractive.

It is unlikely that any party will propose more changes to the Stamp Duty system, so it is relatively safe to say that Osbourne’s new rules will remain intact for the duration of the next government term.

Labour’s proposed ‘Mansion Tax’ has received a chorus of criticism in the media with celebrity voices chiming in to discredit the proposed tax. Ed Miliband’s Mansion Tax would see homeowners of properties worth between £2m and £3m paying out an extra £250 per month, or £3000 per year, in an attempt to raise £1.2 billion to support public services and the NHS.

Labour have yet to release any definitive figures on what homes worth over £3m would pay, beyond saying that the system would be ‘proportionate’. However many expect that homeowners in this bracket will pay significantly more to achieve the £1.2b target.

Miliband has claimed that the Mansion tax will only effect 0.5% of properties, amounting to roughly 100,000 individual homes. A point of interest here, is that Labour are expecting homeowners to submit their own valuation of the property, which opens up a world of difficulty and potential inaccuracies in the implementation of the Mansion Tax.

The Mansion Tax is a concern for ‘asset-rich but income-poor’ families and homeowners, especially following the increased Stamp Duty tax, some of whom have lived in the property for decades and have seen the value rise dramatically in that time.

The current Council Tax bands were established back in 1991 when a nation wide property valuation was conducted to help set the different brackets or ‘bands’. No government since has been brave enough to attempt another national valuation to update and readjust the Council Tax system and the Conservatives and UKIP have already ruled out any change to the current system.

However, their dismissal of new Council Tax rules may be foolish, as the Institute for Fiscal Studies have suggested that refocusing Council Tax on high-end homes and updating the bands system would eradicate the need for a Mansion Tax or similar levy.

The IFS claim that by doubling the rate charged for the top two bands, the government could bring in roughly £2 billion per year from the top 4.2% of households. As an added bonus, the distribution of those paying this tax would cover much more of the country than the London/South East centric Mansion Tax.

The Green Party have already stated that they intend to overhaul the Council Tax bands, while Labour and the Liberal Democrats have yet to officially comment on the matter.

Getting more young people and families onto the property ladder has been high on the agenda for all the main parties, and the Conservative’s Help to Buy scheme has seen considerable success in giving FTBs a helping hand. The Tories have already committed to extending the H2B scheme until 2020, while UKIP have said they will review the current scheme, and the Greens proposing to end it altogether.

Labour have set themselves a target to double the number of First Time Buyer homeowners by 2025, but they have yet to release much detail on how this will be achieved. The Conservatives have also proposed a new policy that will see 200,000 homes offered to FTBs under the age of 40 at a 20% discount. They have put a cap of £250,000 on the value of homes included in this offer, but the cap rises to £450,000 in London to account for the capital’s spiralling house prices.

So there you have it! We hope this gives you a good grounding to follow the pre-election discourse on housing, and we will be sure to update this article when new policies are announced.