What are the different types of tenancy agreements? 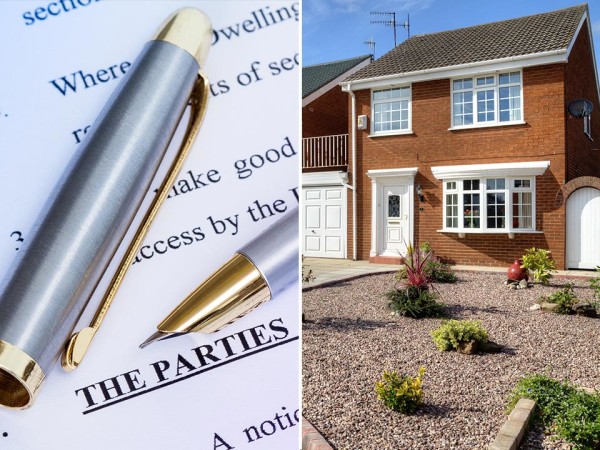 There are many different forms of tenancy agreement available to landlords, the most common of these is the Assured Shorthold Tenancy, (AST) agreement. Most tenancies started through a letting agent will be in this form.

A tenancy can become an AST if the below apply:

A tenancy won’t be able to become an AST if:

There are some less common rental agreements which are also used by landlords:

What is an Assured Tenancy?

This applies to some tenancies that started between 15th January 1989 and 27th February 1997. Tenants living with an assured tenancy agreement may have increased protection against eviction compared to those living with excluded tenancies or licences.

What are Excluded Tenancies or Licences?

These types of agreements apply for lodgers living with their landlords in the property and they share common rooms with them such as the bathroom, kitchen and living room. However, it is worth taking note that tenants have less protection under these types of tenancy agreements.

What are Regulated Tenancies?

A regulated tenancy is a long-term rental agreement with a private landlord.

Tenancies that started before 15th January 1989 could be regulated tenancy agreements if the rent is paid to a private landlord.

A regulated tenancy also applies to tenants that later signed a new renters contract after the 15th January 1989 with the same private landlord, even if it was for a different address.

Regulated tenancies won’t count for those tenants that have lived on the same property as their landlord since the date of their tenancy agreement.

Regulated tenants will benefit from greater protection against eviction and they also have the option to apply for a ‘fair rent’, which is set by a rent officer at the Valuation Office Agency.

The fair rent can’t be changed once it’s set but if it isn’t already registered then either the tenant or the landlord can apply to the rental service to get it registered.

What are the Succession Rights after the Death of a Regulated Tenant?

What Tenancy Agreements do Private Landlords Use?

The majority of private landlords will use fixed-term AST agreements with their tenants, but if your private landlord doesn’t offer this to you then try to persuade them to provide one as this will have a greater level of protection compared to excluded tenancies or licences. Most of the rental properties you will find advertised online will require new tenants to sign an AST agreement before they move into the property.

It is important to know that even if your tenancy agreement states is it is one of the above, depending on who is living at the property, the date you moved in, who the landlord is and the type of property it is, your agreement could actually be a different type of agreement to what you have been told.

Housing charity Shelter has provided a tenancy checker to aid tenants who are unsure as to which agreement they have with their landlord.

What Advice is There for AST Agreements?

Tenants should read over their written AST agreement carefully and ask their landlord to explain any parts that they find confusing. Certain rights such as landlord’s responsibility for repairs will be assured no matter what type of agreement is in place.

Every tenancy agreement should include the following details:

What is a Periodic Tenancy Agreement?

Most tenancies will begin with an arranged end date between 6 – 12 months and once it has begun then both the landlord and the tenant are legally bound by it. The tenant must pay the rent and the landlord must allow their tenant privacy to enjoy living in their home.

Once the agreed fixed-term tenancy agreement or AST expires, then it will automatically become a periodic or rolling tenancy. Periodic tenancies can be monthly or weekly and this depends on when the rent was paid in the original fixed-term or AST agreement.

This will continue until either the landlord or tenant gives notice, as there is no legal obligation for either party to either sign a new tenancy agreement or evict the tenant once the agreement has expired. In other words, the tenancy can carry on indefinitely following the same terms and conditions in the original agreement, which still applies.

Periodic tenancies follow for AST and Assured tenancy agreement once they expire and if both parties don’t serve notice. The original statutory rights of both the tenant and landlord will still apply based on the original agreement that was previously in place.

What is a Rolling Tenancy Agreement?

When tenants in rolling or periodic tenancies want to leave they should give one month’s notice in writing ending on the date that their last rent payment is due.

Under a rolling or periodic tenancy, the tenant can be evicted for rent arrears, paying rent consistently late, preventing access to the property for repairs.

Often tenants opt to not renew a fixed-term tenancy and are happy to remain on a periodic contract with their landlord or letting agent as they may ask them to pay a renewal fee, but it is possible to negotiate a reduction or cancellation of this.

Some landlords want to have long term tenants so tenants can consider negotiating an extended fixed-term such as two years or longer.

What is a Common Law Tenancy Agreement?

A common law tenancy agreement is specifically for properties with a rent that exceeds £100,000 per year as it can’t be considered an assured shorthold tenancy (AST).

There are other ways that a tenancy can’t be considered an AST:

These types of tenancies will in the main be considered common law tenancies and have little security of statutory tenure. The tenancy in question will be contractual and will depend heavily on the landlord and tenant to make an agreement with minimal legal provisions in place.

For HMO’s (housing with multiple occupancies) the rent is calculated as the combined rent collected by the landlord from all the tenants living at the property and will be eligible for an AST tenancy as long as the collected rent doesn’t exceed £100,000 per year.

An easy way to remember the difference between AST and Common Law tenancies is, that the Common Law Tenancy can’t become a rolling or periodic tenancy once it has expired. If the tenant wants to remain at the property they will have to sign a new Common Law tenancy agreement.

Read more about tenancy agreements using our FAQ’s below:

What information should a tenancy agreement include?

How to terminate a tenancy agreement?

No tenancy agreement – what are my rights?

How to prepare a rental contract?

When does a tenancy agreement become legally binding?

TheHouseShop have launched a Free Online Tenancy Agreement Tool to help DIY landlords create professional AST contracts and stay on the right side of the law.

Living the Beauty: the latest guidelines to buy your dream house in Italy
Posted on

There are countless opportunities to buy valuable, splendid real estate in Italy. Furthermore, purchasing property in It